Education and Religion Among the Black Community in Nineteenth-Century Canada 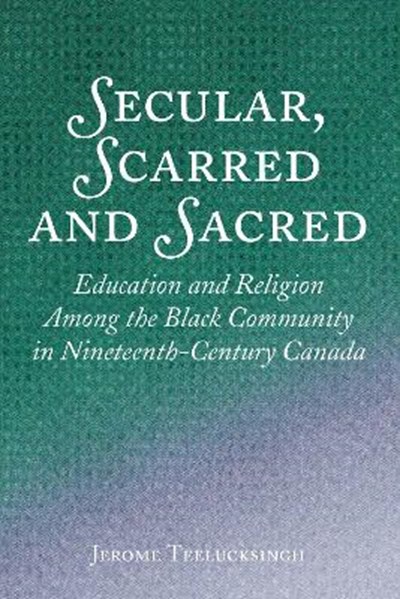 Education and Religion Among the Black Community in Nineteenth-Century Canada

eBook FAQ
Add to Basket
Publisher: Peter Lang Publishing Inc
ISBN: 9781433162268
Number of Pages: 138
Published: 25/06/2019
Width: 15 cm
Height: 22.5 cm
Description Author Information Reviews
Secular, Scarred and Sacred: Education and Religion Among the Black Community in Nineteenth-Century Canada focuses on the paternal yet exclusionary role of Protestant Whites and their churches among refugee slaves and free Blacks in nineteenth-century Upper Canada-many of whom had migrated to Canada to escape the dreaded system of slavery in the United States. This book contends that White Protestant churches provided organizational, social and theological models among Black communities in Canada. Author Jerome Teelucksingh further explores how Black migrants seized the educational opportunities offered by churches and schools to both advance academically and pursue an ideal of virtuous citizenship that equipped them for new social challenges.

Jerome Teelucksingh received his PhD in history from The University of the West Indies, where he has taught as a lecturer in the Department of History since 2006. His previous publications include Civil Rights in America and the Caribbean, 1950s-2010s (2017) and Ideology, Politics, and Radicalism of the Afro-Caribbean (2016).