Maasai Women and the Old Testament

Towards an Emancipatory Reading 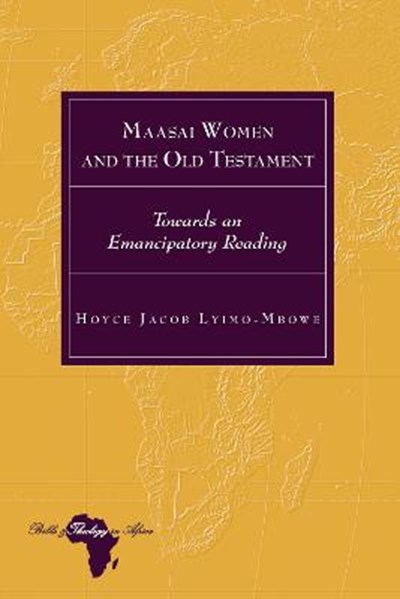 Maasai Women and the Old Testament

Towards an Emancipatory Reading

eBook FAQ
Add to Basket
Publisher: Peter Lang Publishing Inc
ISBN: 9781433173493
Number of Pages: 226
Published: 28/08/2020
Width: 15 cm
Height: 22.5 cm
Description Author Information Reviews
The research presented in this book is a critical study of some effects of popular biblical interpretations in the context of an East African ethnic group, the Maasai. The book focuses on parallels between concepts of female inferiority in biblical texts and in Maasai traditional culture. It investigates some parallels and analyses their problems as they are conceptualized in popular Maasai biblical interpretation and how these affect the social transformation of the contemporary Maasai women. Therefore, this book aims at sensitizing readers of the Bible about popular interpretation of biblical texts that consciously, and more often unconsciously, function as a legitimizing force, which authorizes or reinforces socio-cultural structures that oppress women. However, it demonstrates the potential of reading biblical texts from emancipatory perspectives, both in popular and academic critical contexts. Also, this book demonstrates how some popular Maasai biblical interpretations contributes in the academic works for the emancipation of women. Moreover, this work develops its own contextual hermeneutics approach of woman liberation known as enkitok. The new approach borrows some aspects from social fields and it has been employed in this work on some selected biblical texts.

Hoyce Jacob Lyimo-Mbowe is a Tanzanian, currently working in Zambia. She is Executive Director of Mindolo Ecumenical Foundation in Kitwe, Zambia. The present work was written during her time as a postdoctoral fellow at VID Specialized University, Stavanger, Norway, where she was part of VID's Maasai Bible Project.