Maasai Encounter with the Bible

Nomadic Lifestyle as a Hermeneutic Question 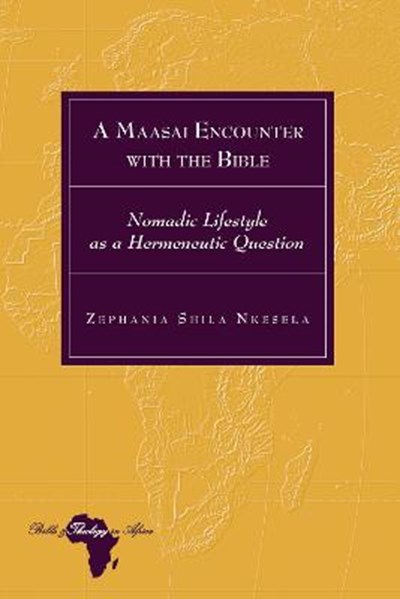 Maasai Encounter with the Bible

Nomadic Lifestyle as a Hermeneutic Question

eBook FAQ
Add to Basket
Publisher: Peter Lang Publishing Inc
ISBN: 9781433173684
Number of Pages: 228
Published: 30/09/2020
Width: 15 cm
Height: 22.5 cm
Description Author Information Reviews
This book is a critical analysis of how Maasai informants read some selected Old Testament texts that are thought to have an appeal to people with semi/nomadic ways of life. The Maasai is a Nilotic ethnic group of semi/nomadic pastoralists living in the northern Tanzania, and southern Kenya, East Africa. The book focuses on the parallels between the Maasai and biblical concepts of nomadic lifestyle. On the one hand, the semi/nomadic heritage of the Maasai faces severe cultural and political difficulties when encountering East African modern ways of life. On the other, the ancient Israel actually experienced the opposite, seeing a strengthening of semi/nomadic ways of life. Therefore, the book demonstrates the potentials of the supposed parallels between the two by allowing the experiences of the ancient Israel to contribute to strengthen the semi/nomadic ways of life, a key aspect of traditional Maasai values into the contemporary East African context.

Zephania Shila Nkesela is General Secretary of Central Diocese, Evangelical Lutheran Church in Tanzania. The present work is a revised version of his PhD thesis at VID Specialized University, Stavanger, Norway, where he was part of VID's Maasai/Bible Project.