Models of Authority and Debate in the Gospel of Mary 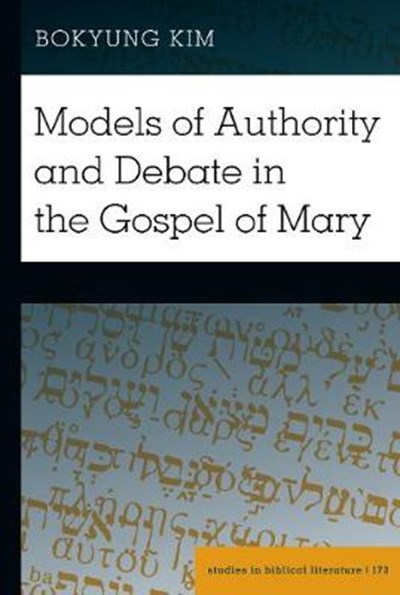 Models of Authority and Debate in the Gospel of Mary

eBook FAQ
Add to Basket
Publisher: Peter Lang Publishing Inc
ISBN: 9781433175268
Number of Pages: 136
Published: 24/06/2020
Width: 15 cm
Height: 22.5 cm
Description Author Information Reviews
This book takes a narrative-critical approach to the meaning and function of debate in the Gospel of Mary. The debate scene in the Gospel of Mary has been interpreted with the assumed framework of the Gnostic-orthodox conflict and feminist biblical studies' particular interest in the gender issue. When approached narrative-critically, the portrayal of the debate is fundamentally concerned with the narrative's rhetoric of persuasion. The function of the debate scene is meant to make truth-authority claims by appealing to the authority of divine revelation and the authority of the shared knowledge about Mary, the Savior's favorite, according to the two models of authority, which were widely used in antiquity (i.e., revelatory authority and literary authority). Scholars and students who are interested in early Christian texts and methods of interpretation could use this book to gain a new look into the meaning of the texts, especially the roles of the interactions among the characters.

Bokyung Kim received her PhD in biblical studies from St. Michael's College, Toronto School of Theology, her MDiv from Tyndale Seminary, and her MA and her BA from Ewha Womans University. She is a lecturer in the New Testament at Knox College in Toronto.