Old Testament Texts and Motifs in the Early Years of the Lord's Resistance Army, Uganda 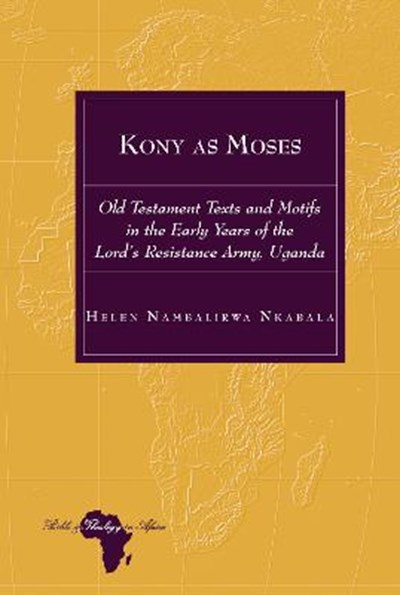 Old Testament Texts and Motifs in the Early Years of the Lord's Resistance Army, Uganda

eBook FAQ
Add to Basket
Publisher: Peter Lang Publishing Inc
ISBN: 9781433184291
Number of Pages: 204
Published: 31/05/2021
Width: 15 cm
Height: 22.5 cm
Description Author Information Reviews
This book discusses the Lord's Resistance Army's (LRA) use of Old Testament texts and motifs in their rhetoric to mobilise and sustain the rebellion in Northern Uganda, specifically in Gulu district, the area that has been particularly affected by the LRA's actions throughout more than two decades. This book also delves into the much-ignored religious dimension of studies on the LRA, which forms the core of the LRA's ideology. The LRA uses biblical motifs to legitimize its ideology and practice and this is the first study which goes into a detailed empirical and hermeneutical analysis of the same. More importantly, this book proposes an ethical gender-sensitive model for reading and interpreting the Bible. The book can be used by students of political science, anthropology, religious studies, contemporary religions and new religious movements as well as by biblicists, theologians and general readers whose interests lie in understanding how issues have evolved.

Helen Nambalirwa Nkabala holds a PhD (VID, Stavanger), a M.Phil. Theology (Bergen), a Master of Arts in Peace and Reconciliation Studies (Coventry), a PGDE/ME in Educational Technologies (University of Cape Town) and a BA (Makerere). She is a Senior Lecturer in the Department of Religion and Peace Studies, College of Humanities and Social Sciences, at Makerere University.