Theology and Science in the Thought of Ian Barbour

A Thomistic Evaluation for the Catholic Doctrine of Creation 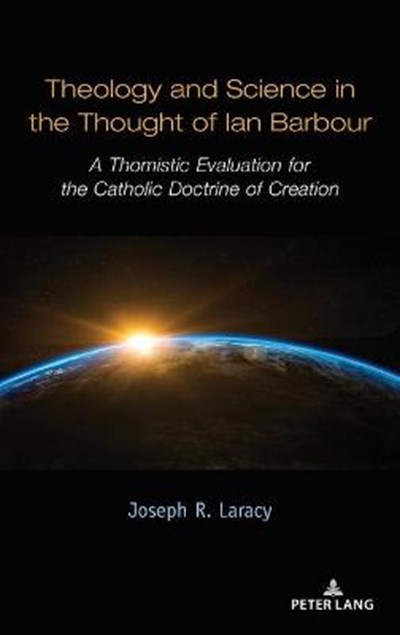 Theology and Science in the Thought of Ian Barbour

A Thomistic Evaluation for the Catholic Doctrine of Creation

eBook FAQ
Add to Basket
Publisher: Peter Lang Publishing Inc
ISBN: 9781433190056
Number of Pages: 326
Published: 05/10/2021
Width: 15 cm
Height: 22.5 cm
Description Author Information Reviews
This book is an important new study on the thought of the late Professor Ian Graeme Barbour (1923-2013). Barbour was a prominent American theologian and physicist who served for many years on the faculty of Carleton College, Northfield, Minnesota, USA. His highly significant research on the relationship between theology and science led to an invitation to deliver the esteemed Gifford Lectures in Scotland (1989-1991) and won him the prestigious Templeton Prize in 1999. In this monograph, Joseph R. Laracy analyzes Ian Barbour's distinctive approach to the relationship between theology and science, largely unexplored in the Catholic tradition, according to fundamental theological criteria. He investigates the possibility for Barbour's epistemic, metaphysical, and theological principles to enrich the dialogue and integration (to use Barbour's terms) of the Catholic doctrine of creation with the natural sciences. Throughout the monograph, substantial reference is made to Saint Thomas Aquinas, as a Catholic "monument" to the doctrine of creation in particular, and more generally, the beneficial interaction of natural philosophy, metaphysics, and revealed theology. This book will likely be of interest to graduate students and scholars in the fields of fundamental and systematic theology, religion and science, the philosophy of science, and the history of science.

Joseph R. Laracy, a Catholic priest of the Archdiocese of Newark, serves as assistant professor of systematic theology at Immaculate Conception Seminary School of Theology, Seton Hall University. He is also an affiliated faculty member with the Department of Mathematics and Computer Science, the Program of Catholic Studies, Department of the Core Curriculum, and the University Honors Program. Father Laracy earned his doctorate from the Pontifical Gregorian University in Rome as well as a master's degree from the Massachusetts Institute of Technology and a bachelor's from the University of Illinois at Urbana-Champaign. He is a fellow of the International Institute of Informatics and Systemics.