The Hound of Hitler 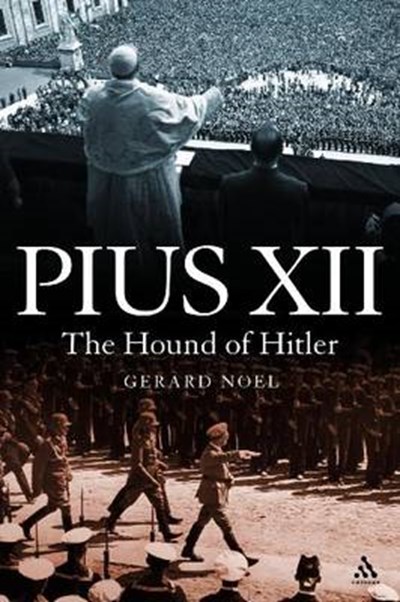 The Hound of Hitler

eBook FAQ
Add to Basket
Publisher: Continuum Publishing Corporation
ISBN: 9781441136299
Number of Pages: 232
Published: 13/10/2009
Width: 17.5 cm
Height: 21.5 cm
Description Author Information Reviews
Noel has produced an extraordinary interpretation of the exercise of power and the psychological mechanisms behind it. By any reckoning the issues at stake in the relationship between Pius XII and Hitler's Germany are key to any understanding of the origins and progress of the Second World War. Noel neither denies the fatal effect of the Vatican's Concord with Hitler nor Pius XII's failure to condemn Hitler's attempt to exterminate the Jews. This is a highly original study of the exercise of political and religious power, of real politik and the extent to which politics is always the art of the possible. But beyond this, we are offered a portrait of a man in highest power and authority who was mother fixated, under the influence of German nun Sister Pasqualina, who became the real power behind the throne and was ultimately more liberal and anti-Nazi than the Pope. It was Pasqualina herself who did most to shelter the Jewish population of Rome. Noel has produced an extraordinary study of the wartime Pope.

The Hon Gerard Noel is a former editor of The Catholic Herald. He is also a celebrated biographer and historian. His life of Queen Ena of Spain was widely acclaimed as were his books on Harold Wilson and Cardinal Hume.

"'Few people are better qualified than Gerard Noel to disinter the subtle diplomacy conducted by the prewar and wartime Vatican.' The Spectator "Noel produces a devastatingly psychological portrait of a flawed individual quite unsuited to his circumstances." The Independent 'An outstanding biography' The Sunday Telegraph"