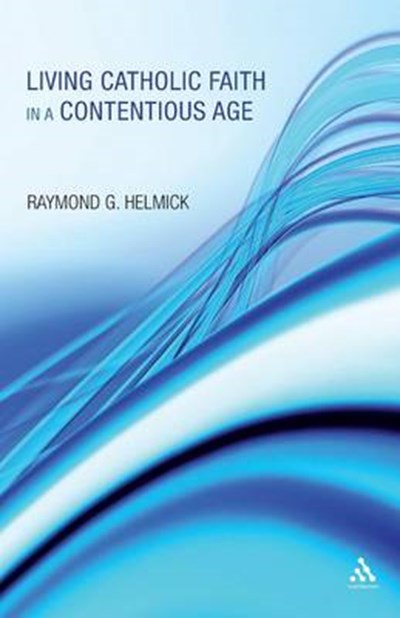 QTY
Add to Basket
Publisher: Continuum Publishing Corporation
ISBN: 9781441152190
Number of Pages: 176
Published: 22/04/2010
Width: 12.9 cm
Height: 19.8 cm
Description Author Information Reviews
This is an exploration of the tension between two opposing views of the meaning of faith held by Catholics around the world. Catholics, especially in the U.S., are sharply divided over what constitutes faithful Catholicism: a quest for the relevance of their faith to the actualities of their lives or unquestioning obedience to the precepts of Church leadership. Tension over these questions goes to such extremes that it has drastically reduced church-going and identification of Catholics with the institution within a remarkable brief period of time. Writing in sharp, accessible language, Helmick attempts to focus these issues on the nature of faith. To do so involves exploring the task of theologians, who are in the first line of attack by those who see submissiveness as criterion of fidelity. He balances this with a study of the nature of orthodoxy, still concentrated especially on theologians and those Catholics who want to read and discuss relevant material on living their faith in the real world. The early chapters take these themes - faith, theologians, orthodoxy - in turn. From there the remaining chapters describe the contentious character of our current life in the Church and the critical questions-facing up to wedge issues in the political realm, dealing with the long-running sexual abuse crisis, the flagging ecumenical front and the fundamental task of reconciliation as mission of the Church.

Raymond G. Helmick, S.J., Instructor in Conflict Resolution, Department of Theology, Boston College, has mediated for many years, in such conflicts as Northern Ireland, the Middle East, the Balkans. James F. Keenan, S.J., is professor of theological ethics at Boston College. He was principal editor of Catholic Ethicists on HIV/AIDS Prevention and is the author of numerous books, including The Works of Mercy: The Heart of Catholicism, Moral Wisdom: Lessons and Texts from the Catholic Tradition, Virtues for Ordinary Christians, Commandments of Compassion, Goodness and Rightness in Thomas Aquinas's Summa Theologiae, and (with Daniel Harrington) Jesus and Virtue Ethics annd Paul and Virtue Ethics.

'Living Catholic Faith in a Contentious Age is about what community of faith means in times of profound social change. As a Catholic theologian, Helmick catches up all of the issues that face the ecumenical church in ways that foster respect for difference, an appreciation of complexity, and finds value in the Gospel call to forgive and to follow the path of reconciliation. It is the story of ministry on the edge by one who marches to a different drummer.' - Rodney Petersen, Boston Theological Institute, Newton Centre, MA, USA.--Sanford Lakoff