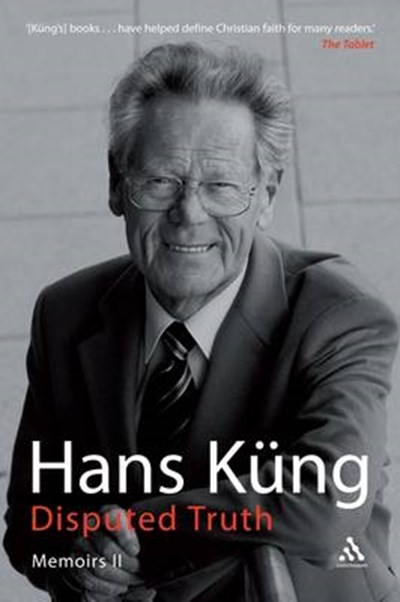 eBook FAQ
Add to Basket
Publisher: Continuum Publishing Corporation
ISBN: 9781441180285
Number of Pages: 584
Published: 05/10/2009
Width: 15.6 cm
Height: 23.4 cm
Description Author Information Reviews
This is the second volume of riveting memoirs from Hans Kung, the leading - and controversial - theologian. Hans Kung has been a major influence on post-war Christianity by any reckoning. A peritus for the Second Vatican Council, he then went on to publish a number of controversial books including "Infallible?", which enraged the Vatican and caused him to be unceremoniously dumped from his official teaching position at the University of Tubingen. However, he remains a respected priest in good standing with his bishop. During all the upheavals that the Catholic Church has gone through in recent decades, Kung was always there with a public comment. He turned from enfant terrible to bete noire. However his world influence has been great. Whether speaking at The United Nations or consorting with politicians and religious leaders, he is always listened to with respect and enthusiasm. A string of recent books has added to the reputation - notably "On Being a Christian" and "Does God Exist?". In these thrilling memoirs Kung gives his personal account of all these struggles and ambitions. The result is a book of major importance for any student of the Church in the 20th Century. This second volume covers the period following the close of the Second Vatican Council right up to the present day.

Hans Kung is Emeritus Professor of Ecumenical Theology at the University of Tubingen and President of the Global Ethic Foundation. He is the author of numerous best selling books including On Being a Christian (Harper Collins)

"Kung's great strength lies in the sheer weight of his scholarship, his openness to evidence, and his passion for truth." - Church Times "A book which makes absorbing reading for anyone interested in the course of 20th century Catholic history or the development of modern theology." - Church of England Newspaper"