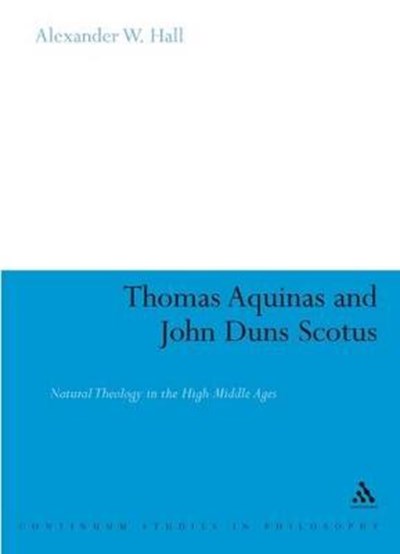 QTY
Add to Basket
Publisher: Continuum Publishing Corporation
ISBN: 9781441184085
Number of Pages: 192
Published: 01/02/2010
Width: 15.6 cm
Height: 23.4 cm
Description Author Information Reviews
This is a philosophical/historical examination of natural theology in the 'Golden Age' of scholastic philosophy, involving fundamental issues in metaphysics, the philosophy of language and the philosophy of religion. Thomas Aquinas and John Duns Scotus are arguably the most celebrated representatives of the 'Golden Age' of scholasticism. Primarily, they are known for their work in natural theology, which seeks to demonstrate tenets of faith without recourse to premises rooted in dogma or revelation. Scholars of this Golden Age drew on a wealth of tradition, dating back to Plato and Aristotle, and taking in the Arabic and Jewish interpretations of these thinkers, to produce a wide variety of answers to the question 'How much can we learn of God?' Some responded by denying us any positive knowledge of God. Others believed that we have such knowledge, yet debated whether its acquisition requires some action on the part of God in the form of an illumination bestowed on the knower. Scotus and Aquinas belong to the more empirically minded thinkers in this latter group, arguing against a necessary role for illumination. Many scholars believe that Aquinas and Scotus exhaust the spectrum of answers available to this circle, with Aquinas maintaining that our knowledge is quite confused and Scotus that it is completely accurate. In this study, Alexander Hall argues that the truth about Aquinas and Scotus lies somewhere in the middle. Hall's book recommends itself to the general reader who is looking for an overview of this period in Western philosophy as well as to the specialist, for no other study on the market addresses this long-standing matter of interpretation in any detail. "Continuum Studies in Philosophy" presents cutting-edge scholarship in all the major areas of research and study. The wholly original arguments, perspectives and research findings in titles in this series make it an important and stimulating resource for students and academics from a range of disciplines across the humanities and social sciences.

Dr Alex Hall is Assistant Professor of Philosophy at Clayton State University. His most recent publication is Aquinas, Scientia, and a Medieval Misconstruction of Aristotle's Posterior Analytics (Proceedings of the Society for Medieval Logic and Metaphysics, 2004).

"In teasing out the hermeneutical and speculative differences between Aquinas and Scotus, Hall sharpens our view of the similarities between them. He also persuasively advances a more nuanced understanding of the questions driving natural theology at the height of the Middle Ages...Thomistic scholars will be particularly interested in Chapter 2 of Hall's book, for it contains a highly synthetic, ad litteram exposition of Aquinas' interpretation of Aristotle's theory of predication. Hall includes a synoptic comparison of the respective Greek and Latin texts without burdening the readers with excessive lexicographical information. Overall, speculative issues remain at the forefront of Hall's discussion so that philosophers can engage the arguments on their own turf." -Daniel B. Gallagher, Philosophy in Review