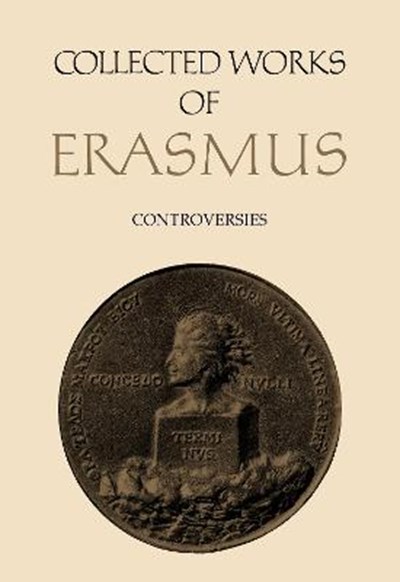 eBook FAQ
Add to Basket
Publisher: University of Toronto Press
ISBN: 9781442648944
Number of Pages: 344
Published: 11/08/2015
Width: 18 cm
Height: 25.5 cm
Description Author Information Reviews
Among the most important of Erasmus' contributions to Christian humanism were his Greek text, new Latin translation, and annotations of the New Testament, an implicit challenge to the authority of the Vulgate and one that provoked numerous responses. This volume of the Collected Works contains translations of four of Erasmus' responses to his critics, written between 1520 and 1532 and directed primarily to his Franciscan and Dominican contemporaries at the university in Louvain. Three are connected to his Annotations on the New Testament. The fourth, a letter to Christopher von Utenheim, bishop of Basel, deals with pastoral questions such as fasting, abstinence, and the celibacy of priests. Though they mostly deal with philological rather than doctrinal matters, these debates were no less important to Erasmus' work. Carefully and extensively annotated by the translator, Denis L. Drysdall, volume 73 of the Collected Works invites the reader to examine Erasmus' own explanations of his philological method and its theological significance. Volume 73 of the Collected Works of Erasmus series.

Desiderius Erasmus (c. 1466-1536), a Dutch humanist, Catholic priest, and scholar, was one of the most influential Renaissance figures. A professor of divinity and Greek, Erasmus wrote, taught, and travelled, meeting with Europe's foremost scholars. A prolific author, Erasmus wrote on both ecclesiastic and general human interest subjects. Denis L. Drysdall retired as chairperson and associate professor of Romance Languages from the University of Waikato, Hamilton, New Zealand, where he remains a research associate.