Methodists and the Market for Books in Upper Canada 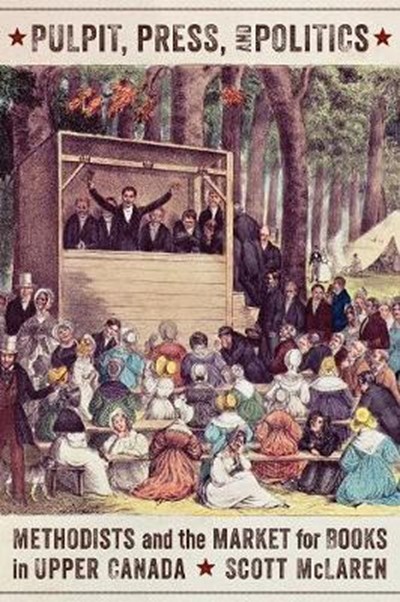 Methodists and the Market for Books in Upper Canada

eBook FAQ
Add to Basket
Publisher: University of Toronto Press
ISBN: 9781442649231
Number of Pages: 264
Published: 07/08/2019
Width: 15.2 cm
Height: 23.1 cm
Description Author Information Reviews
When American Methodist preachers first arrived in Upper Canada in the 1790s, they brought with them more than an alluring religious faith. They also brought saddlebags stuffed with books published by the New York Methodist Book Concern - North America's first denominational publisher - to sell along their preaching circuits. Pulpit, Press, and Politics traces the expansion of this remarkable transnational market from its earliest days to the mid-nineteenth century, a period of intense religious struggle in Upper Canada marked by fiery revivals, political betrayals, and bitter church schisms. The Methodist Book Concern occupied a central place in all this conflict as it powerfully shaped and subverted the religious and political identities of Canadian Methodists, particularly in the wake of the American Revolution. The Concern bankrolled the bulk of Canadian Methodist preaching and missionary activities, enabled and constrained evangelistic efforts among the colony's Native groups, and clouded Methodist dealings with the British Wesleyans and other religious competitors north of the border. Even more importantly, as Methodists went on to assume a preeminent place in Upper Canada's religious, cultural, and educational life, their ongoing reliance on the Methodist Book Concern played a crucial role in opening the way for the lasting acceptance and widespread use of American books and periodicals across the region.

Scott McLaren is a faculty member in the graduate programs in Humanities and History and an associate librarian at York University.