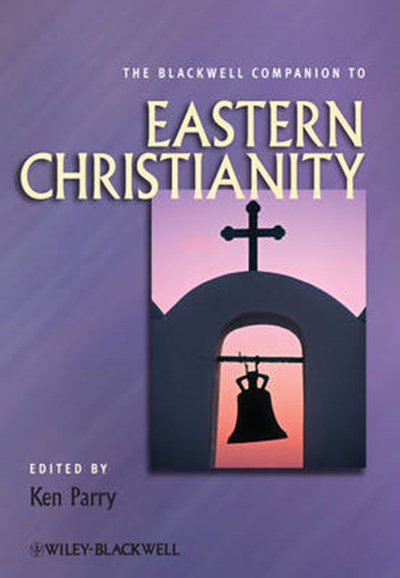 QTY
Add to Basket
Publisher: John Wiley and Sons Ltd
ISBN: 9781444333619
Number of Pages: 526
Published: 13/04/2010
Width: 18.3 cm
Height: 24.7 cm
Description Author Information Reviews
Now available in paperback, this Companion offers anunparalleled survey of the history, theology, doctrine, worship,art, culture and politics that make up the churches of EasternChristianity. * Covers both Byzantine traditions (such as the Greek, Russianand Georgian churches) and Oriental traditions (such as theArmenian, Coptic and Syrian churches) * Brings together an international team of experts to offer thefirst book of its kind on the subject of Eastern Christianity * Contributes to our understanding of recent political events inthe Middle East and Eastern Europe by providing much neededbackground information * May be used alongside The Blackwell Dictionary of EasternChristianity (1999) for a complete student resource

Ken Parry is Senior Research Fellow in the Department of Ancient History at Macquarie University, Australia. He is the editor-in-chief of The Blackwell Dictionary of Eastern Christianity (Wiley-Blackwell, 1999) and has contributed to numerous other books and journals on Byzantine Christianity and the Christian East.

"Consistently highly readable and engrossing. This is an excellent overview of Eastern Christianity." (Expository Times) "A masterful description of the major living traditions of Eastern Christianity. Its 24 chapters, each written by an accomplished scholar in the field, address the dominant ethnic and cultural categories of Eastern Christianity (Arab, Byzantine, etc.) along with their most characteristic features (liturgy, iconography, and hagiography). Each offers a concise, well-organized, and highly readable overview of the tradition in question, along with a representative bibliography ... Highly recommended." (CHOICE) "Christian emigration, not least from the Middle East, means that there are growing communities of Eastern Christians in the West ... Eastern Christians are now companions to Western; and the latter will learn much about the former from this Blackwell Companion." (Church Times) "A distinctive addition to the companion series and to its chosen sphere of knowledge." (Reference Reviews) "A worthwhile collection, and one that should prove useful." (Ecclesiastical History)