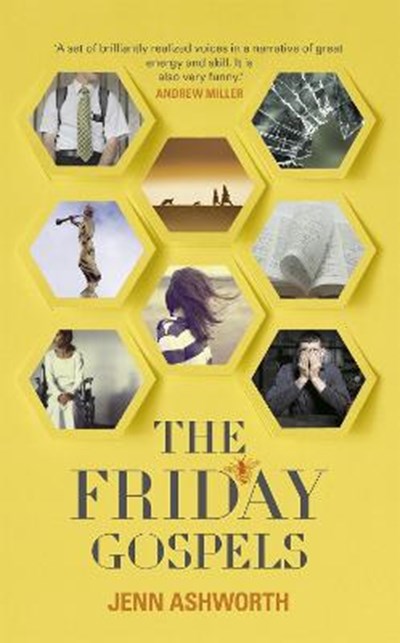 Publisher: Hodder & Stoughton
ISBN: 9781444707724
Number of Pages: 336
Published: 17/01/2013
Width: 15.8 cm
Height: 22.7 cm
Description Author Information Reviews
It's Friday in the Leeke household, but this is no ordinary Friday: the Leekes are Lancastrian Mormons and tonight they will be welcoming back their son Gary from his two-year mission in Utah. His mother, Pauline, wants his homecoming to be perfect. Unfortunately, no one else seems to be following the script. In turn, the members of the family let us into their private thoughts and plans. There's teenage Jeannie, wrestling with a disastrous secret; her peculiar elder brother, Julian, who's plotting an exit according to his own warped logic; their father, Martin, dreaming of escape; and 'golden boy' Gary, who dreads his return. Then there's Pauline, who needs a doctor's help but won't ask for it. As the day progresses, a meltdown looms. Except that nothing goes according to anyone's plan, and the outcome is as unexpected as it is shocking. Laced with black humour and giving an unusual insight into the Mormon way of life, this is a superbly orchestrated and arresting tale of human folly and foibles and what counts in times of crisis.

Jenn Ashworth was born in 1982 in Preston. She studied English at Cambridge and since then has gained an MA from Manchester University, trained as a librarian and run a prison library in Lancashire. She now lectures in Creative Writing at the University of Lancaster. Her first novel, A Kind of Intimacy, was published in 2009 and won a Betty Trask Award. In 2011 her second, Cold Light, was published by Sceptre and she was chosen by BBC's The Culture Show as one of the twelve Best New British Novelists. In 2013 her third novel, The Friday Gospels, was published to resounding critical acclaim. She lives in Lancaster with her husband, son and daughter.

Utterly, compulsively readable, [it] could be this award-winning young author's best novel yet. The Sunday Times A serious, distinctive and eminently readable story of faith and family; about the demands of the world and the desires of the individual. Independent on Sunday Ashworth's most confident work yet and one that strengthens her reputation as an author worth watching. Sunday Telegraph A serious novel seriously engaged with big themes. It is also very funny. Andrew Miller, author of PURE It is rare to find a novel that is so complex, so damn clever and yet at once readable... a truly exceptional novel. Helen Walsh, author of BRASS Ashworth appears less interested in spreading a simple, comforting message than in uncovering the messy complexities of people, families and faith Observer