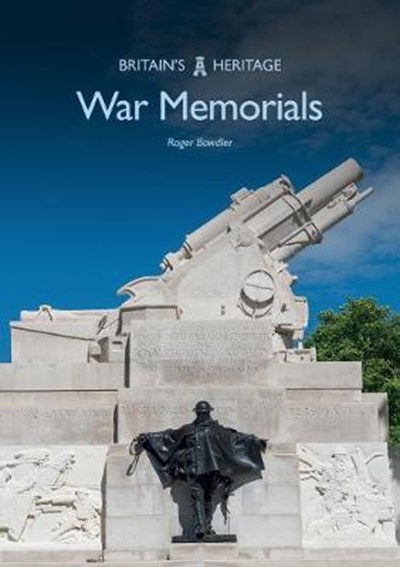 QTY
Add to Basket
Publisher: Amberley Publishing
ISBN: 9781445691015
Number of Pages: 64
Published: 15/09/2019
Width: 16.5 cm
Height: 23.4 cm
Description Author Information Reviews
The last veteran of the First World War has long since died, and those of the Second are getting ever scarcer, but public interest in war memorials continues unabated. The tragic impact of world events on local communities over the past century has demanded memorials to keep the dead in mind, and pay tribute to their sacrifice. Communities have been raising memorials to their war dead since the Middle Ages but the largest number were raised as a result of the First World War. War memorials were erected in their thousands after 1918: bronze Tommies and stone wayside crosses became commonplace, and can attain high levels of artistic refinement. Britain's great cities raised magnificent monuments, as did regiments, railway companies, schools and private families. Among them are truly outstanding works of monumental art by sculptors such as Charles Sargeant Jagger, Gilbert Ledward and Eric Gill. Others took practical form: a swimming pool or a village hall, or a stained glass window. Their range and variety are huge, and their number is uncountable: no agreed tally exists. This book is part of the Britain's Heritage series, which provides definitive introductions to the riches of Britain's past, and is the perfect way to get acquainted with war memorials in all their variety.

Dr Roger Bowdler studied history of art at Cambridge, and completed a PhD on 17th century church monuments in 1991. He was formerly Director of Listing at English Heritage, and is now a heritage consultant and lecturer. He is a former chairman of the Mausolea and Monuments Trust, is a Fellow of the Society of Antiquaries and a Research Associate at the University of London's Institute of Historical Research.