The Oldest Church in Toronto 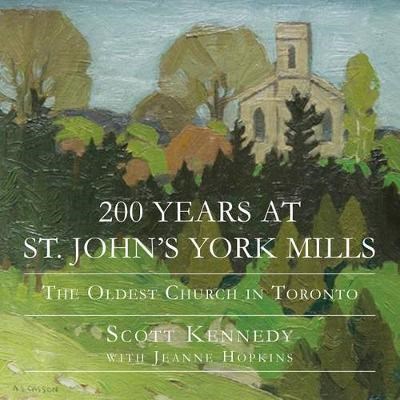 The Oldest Church in Toronto

Publisher: Dundurn Group Ltd
ISBN: 9781459737587
Number of Pages: 354
Published: 15/11/2016
Width: 20.3 cm
Height: 20.3 cm
Description Author Information Reviews
The history of the oldest parish church in the Toronto area is also the history of North Toronto and a changing culture. The War of 1812 was barely over when the people of York Mills felled the trees that would become the first St. John's Anglican Church. Built in 1816 on land donated by pioneer settlers Joseph and Catherine Shepard, the little log church was the first outpost of St. James Church in the Town of York and the first parish church in what would one day become the City of Toronto. The brick church that stands there today, high on the land overlooking Hogg's Hollow, was completed in 1844. Though enlarged and improved over the years, it continues to serve as a welcoming place of worship and a valuable repository of Canadian history.

Scott Kennedy witnessed the farms surrounding his North York childhood home being planted with a new cash crop of buildings. He joined the Toronto Musicians' Association in 1969, but never lost his passion for history. He traces the evolution of a Toronto neighbourhood in his book Willowdale. Scott lives in a Historical Conservation District he helped create in Toronto's Beach neighbourhood. Jeanne Hopkins spent most of her life in the historic Henry Farm community of North York. She realized her passion for local history in the Canadiana department of the North York Public Library, where she worked for 27 years. She is the author of many articles and five books of local history. She lives in Toronto.