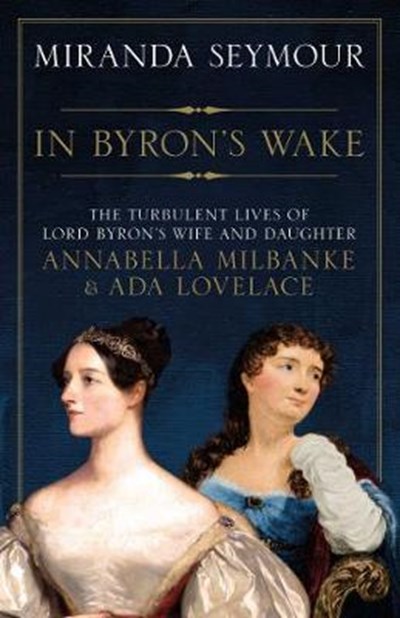 QTY
Add to Basket
Publisher: Simon & Schuster Ltd
ISBN: 9781471138577
Number of Pages: 560
Published: 22/03/2018
Width: 15.3 cm
Height: 23.4 cm
Description Author Information Reviews
A Sunday Times Book of the Year Winner of the 2019 Elma Dangerfield Prize Shortlisted for The Pol Roger Duff Cooper Prize 'This magnificent, highly readable double biography...brings these two driven, complicated women vividly to life' The Financial Times 'A gripping saga of a double-biography' Daily Mail 'A masterful portrait' The Times 'Vastly enjoyable' Literary Review 'Deeply absorbing and meticulously researched' The Oldie In 1815, the clever, courted and cherished Annabella Milbanke married the notorious and brilliant Lord Byron. Just one year later, she fled, taking with her their baby daughter, the future Ada Lovelace. Byron himself escaped into exile and died as a revolutionary hero in 1824, aged 36. The one thing he had asked his wife to do was to make sure that their daughter never became a poet. Ada didn't. Brought up by a mother who became one of the most progressive reformers of Victorian England, Byron's little girl was introduced to mathematics as a means of calming her wild spirits. Educated by some of the most learned minds in England, she combined that scholarly discipline with a rebellious heart and a visionary imagination. As a child invalid, Ada dreamed of building a steam-driven flying horse. As an exuberant and boldly unconventional young woman, she amplified her explanations of Charles Babbage's unbuilt calculating engine to predict, as nobody would do for another century, the dawn today of our modern computer age. When Ada died - like her father, she was only 36 - great things seemed still to lie ahead for her as a passionate astronomer. Even while mired in debt from gambling and crippled by cancer, she was frenetically employing Faraday's experiments with light refraction to explore the analysis of distant stars. Drawing on fascinating new material, Seymour reveals the ways in which Byron, long after his death, continued to shape the lives and reputations both of his wife and his daughter. During her life, Lady Byron was praised as a paragon of virtue; within ten years of her death, she was vilified as a disgrace to her sex. Well over a hundred years later, Annabella Milbanke is still perceived as a prudish wife and cruelly controlling mother. But her hidden devotion to Byron and her tender ambitions for his mercurial, brilliant daughter reveal a deeply complex but unsuspectedly sympathetic personality. Miranda Seymour has written a masterful portrait of two remarkable women, revealing how two turbulent lives were often governed and always haunted by the dangerously enchanting, quicksilver spirit of that extraordinary father whom Ada never knew.

Miranda Seymour, author of the award-winning In My Father's House has written many acclaimed novels and biographies, including lives of Mary Shelley, Robert Graves, Ottoline Morrell and Helle Nice, the Bugatti Queen.