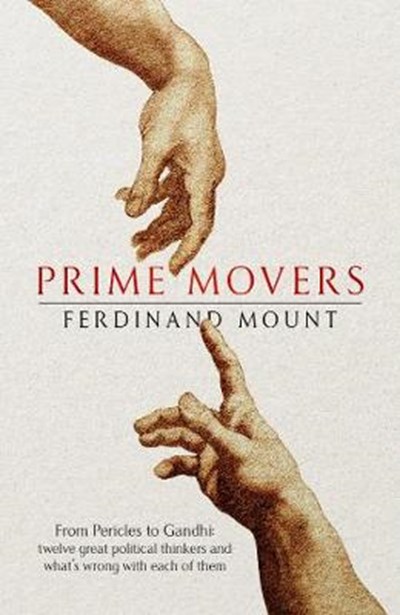 Publisher: Simon & Schuster Ltd
ISBN: 9781471156007
Number of Pages: 448
Published: 05/04/2018
Width: 15.3 cm
Height: 23.4 cm
Description Author Information Reviews
Ferdinand Mount has been fascinated by the great thinkers and politicians who have shaped human history over the past two millennia In this fascinating, and provocative book, he examines the proposals for a political theory from a number of widely different historical figures. Twelve key people, from the great orator and statesman of Ancient Greece (Pericles) to the inspiration of the founding of the state of Pakistan (Muhammad Iqbal) we take a colourful and rip-roaring journey through the historical figures who have both inspired and provoked Mount in equal measure. The lives of men such as Jesus Christ, Rousseau, Adam Smith, Edmund Burke, and Thomas Jefferson are discussed and comparisons are drawn between the various approaches each figure promoted in their works - whether philosophical, or political theories. For those wishing to be guided by Mount's choices and be swept along by his brilliantly erudite prose, this will be a particular enjoyable read. Lots of colour, humour and passion governed all these people careers and Mount brings them to life like no one else can. Praise for the international-bestselling Tears of the Rajas:- 'Mount is a skilled and fluent writer who does his subject justice' --Literary Review 'Mount relates this remarkable story with a gentle wit, a lightness of touch, a boyish enthusiasm as well as a genius for the telling pen-portrait... It is a remarkable story, and cumulatively amounts to an epic panorama of British Indian history much more substantial than the 'collection of Indian tales, a human jungle book', which Mount modestly describes as his aim in the introduction.' --William Dalrymple, The Spectator 'What [Mount] provides instead is of far greater value: a perceptive antidote to nationalistic prejudicial thinking, and an opportunity for a greater understanding of the aftereffects of British imperialism in some of the world's most troubled regions.' Sunday Times 'Although Tears of the Rajas is replete with stirring tales of adventure, it is a deeply humane book. Mount's heart is at all times with the people of India, whose lives are turned upside down by blundering attempts at modernisation.' The Times

Ferdinand Mount was born in 1939. For many years he was a columnist at the Spectator and then the Daily Telegraph and Sunday Times. In between, he was head of the Downing Street Policy Unit and then editor of the Times Literary Supplement. He is now a prize-winning novelist, author of the bestselling memoir Cold Cream, the controversial The New Few and the bestselling The Tears of the Rajas. He lives in London.