Reflections on Play and Life 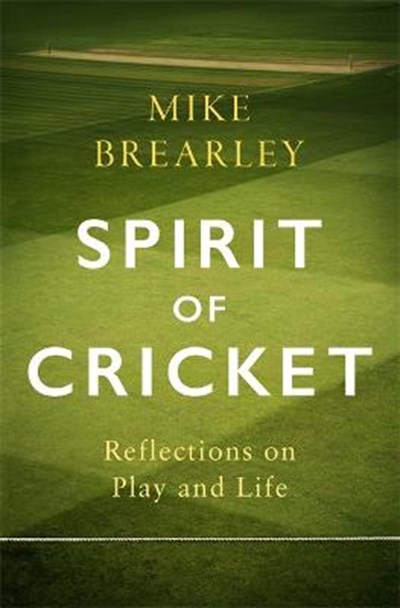 Reflections on Play and Life

QTY
Add to Basket
Publisher: Little, Brown Book Group
ISBN: 9781472133984
Number of Pages: 256
Published: 27/08/2020
Width: 15.8 cm
Height: 23.6 cm
Description Author Information Reviews
If someone were to say 'it's not tennis', or 'not football' of shabby behaviour in any walk of life, he or she would not be understood. If they said 'it's not cricket', they probably would be (though less reliably than a century ago). Is there some special spirit of cricket? The laws of cricket, like the laws of the land, aim at a sort of justice or balancing between different factions. The purpose behind cricket's laws, and behind changes in them, is often to calibrate the balance in the game between batsmen and bowlers, between attack and defence, between safety and risk. Cricketing lawmakers are interested in the overall appeal of the game to players and spectators alike. In Spirit of Cricket, Mike Brearley alternates between issues and examples within the game - from 'Mankading' and the 'Sandpaper' affair to sledging, mental disintegration and racism - as well as broader issues such as the spirit and letter of the law. Brearley examines the issue of how far what purports to be justice (in law or in spirit) may or may not be the expression of the powerful within the activity or within society. He also contrasts cheating and corruption, and reflects on the nature of penalties in regard to each. He discusses the significance of the notion of the spirit of the game for umpires, groundsmen, administrators, media and spectators - and, of course, for players. Intelligent and insightful, Spirit of Cricket points to qualities in cricket that enhance our development as people - including a sense of fair play, the embracing of striving both for our team and for ourselves and the important values of playfulness in life and professional sport.

Mike Brearley OBE was educated at Cambridge, where he read classics and moral sciences, and captained the university. He played for Middlesex County Cricket Club intermittently from 1961 to 1983, captaining the side from 1971 to 1982. He first played for England in 1976 and captained the side from 1977 to 1980, winning seventeen test matches and losing only four. He was recalled to the captaincy in 1981 for the Ashes home series, leading England to one of their most famous victories. Since retiring from cricket in 1982, he trained and continues to work as a psychoanalyst, and is a lecturer on leadership and motivation. He is the author of the bestselling The Art of Captaincy, and has written on cricket and the psychology of sport for the Observer and most recently The Times. He lives in London.