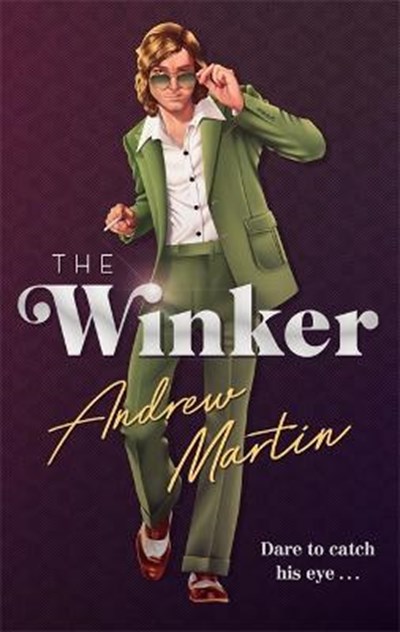 Publisher: Little, Brown Book Group
ISBN: 9781472153982
Number of Pages: 272
Published: 06/06/2019
Width: 13.2 cm
Height: 20 cm
Description Author Information Reviews
'A highly enjoyable game of cat-and-mouse with perfect period texture and some nicely wry humour' The Guardian 'This playful caper is equally successful as a detailed, culture-rich evocation of its period and an English reworking of Patricia Highsmith's Ripley' The Sunday Times London, 1976. In Belgravia in the heat of summer, Lee Jones, a faded and embittered rock star, is checking out a group of women through the heavy cigarette smoke in a crowded pub. He makes eye contact with one, and winks. After allowing glances to linger for a while longer, he finally moves towards her. In that moment, his programme of terror - years in the making - has begun. Months later, the first of the many chilling headlines to come appears: 'Police hunting winking killer.' Meanwhile in France. Charles Underhill, a wealthy Englishman living in Paris, has good reason to be interested in the activities of the so-called Winking Killer. With a past to hide and his future precarious, Charles is determined to discover the Winker's identity. In the overheating cities of London, Oxford, Paris and Nice, a game of cat and mouse develops, and catching someone's eye becomes increasingly perilous. But if no one dares look, a killer can hide in plain sight . . . From 'a master of historical crime fiction' (The Guardian), The Winker is a gripping thriller that won't let you look away.

Andrew Martin is a journalist and novelist. His critically praised 'Jim Stringer' series began with The Necropolis Railway in 2002. The following titles in the series, Murder at Deviation Junction and Death on a Branch Line, were shortlisted for the CWA Ellis Peters Historical Crime Award and, in 2008, Andrew Martin was shortlisted for the CWA Dagger in the Library Award. The Somme Stations won the 2011 CWA Ellis Peters Historical Crime Award.