The page-turning thriller that will shock you 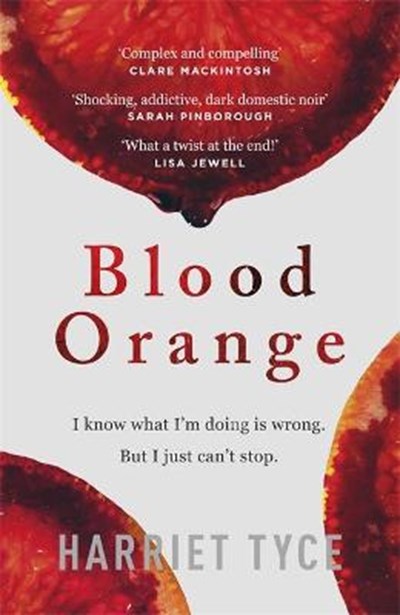 The page-turning thriller that will shock you

QTY
Add to Basket
Publisher: Headline Publishing Group
ISBN: 9781472252753
Number of Pages: 336
Published: 21/02/2019
Width: 16.3 cm
Height: 24.2 cm
Description Author Information Reviews
'Shocking, addictive, dark domestic noir' SARAH PINBOROUGH 'Breathes new life into the domestic noir genre and grips until the final page' DAILY EXPRESS 'What a twist at the end!' LISA JEWELL AN ELECTRIFYING DEBUT THRILLER FOR FANS OF APPLE TREE YARD AND ANATOMY OF A SCANDAL - INTRODUCING A STUNNING NEW VOICE IN PSYCHOLOGICAL SUSPENSE Alison has it all. A doting husband, adorable daughter, and a career on the rise - she's just been given her first murder case to defend. But all is never as it seems... Just one more night. Then I'll end it. Alison drinks too much. She's neglecting her family. And she's having an affair with a colleague whose taste for pushing boundaries may be more than she can handle. I did it. I killed him. I should be locked up. Alison's client doesn't deny that she stabbed her husband - she wants to plead guilty. And yet something about her story is deeply amiss. Saving this woman may be the first step to Alison saving herself. I'm watching you. I know what you're doing. But someone knows Alison's secrets. Someone who wants to make her pay for what she's done, and who won't stop until she's lost everything.... BLOOD ORANGE IS: 'Gripping' Daily Mail 'Sizzlingly addictive' Heat 'Glittering and fierce . . . a glorious bonfire of a marriage thriller' Irish Times 'A smash hit' Best 'A very impressive debut' Observer 'Complex and compelling' Clare Mackintosh 'Dark and disturbing' Louise Jensen 'A superb, compulsive read' Tess Gerritsen 'Gloriously twisted' Emma Flint

Harriet Tyce grew up in Edinburgh and studied English at Oxford University before doing a law conversion course at City University. She practised as a criminal barrister in London for nearly a decade, and recently completed an MA in Creative Writing - Crime Fiction at the University of East Anglia. She lives in north London. Her first novel, Blood Orange, published in 2019 to huge critical acclaim. Lies You Told publishes summer 2020.