The Theological Vision of Paulo Freire 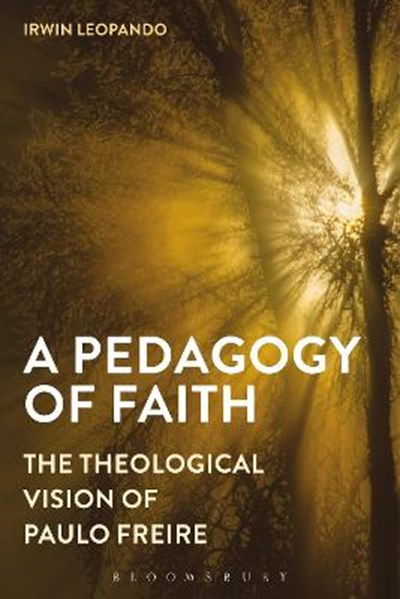 The Theological Vision of Paulo Freire

eBook FAQ
Add to Basket
Publisher: Bloomsbury Publishing PLC
ISBN: 9781472579805
Number of Pages: 224
Published: 24/01/2019
Width: 15.6 cm
Height: 23.4 cm
Description Author Information Reviews
This is the first book-length study to investigate Freire's educational philosophy through the lens of his lifelong Catholicism. A Pedagogy of Faith explores an indispensable but often-overlooked dimension of arguably the most influential educational thinker since John Dewey, a dimension of his life's work which has received little attention outside of his native Latin America. Most of his Western supporters have viewed him as a revolutionary Marxist or a secular humanist. Leopando illustrates how Catholic theology shaped central areas of his pedagogy such as the teacher-student relationship, the purpose of education, and the "ontological vocation" of all persons for "humanization" and historical agency. With the recent election of a Latin American Pope who vigorously proclaims a gospel of social justice, Freire's radically democratic view of education as a force for political transformation and human dignity remains profoundly relevant.

Irwin Leopando is Assistant Professor of English at LaGuardia Community College, City University of New York, US. He has worked closely with Ira Shor, who co-authored A Pedagogy for Liberation with Freire in 1987, for nearly two decades.