The Origin of the Species 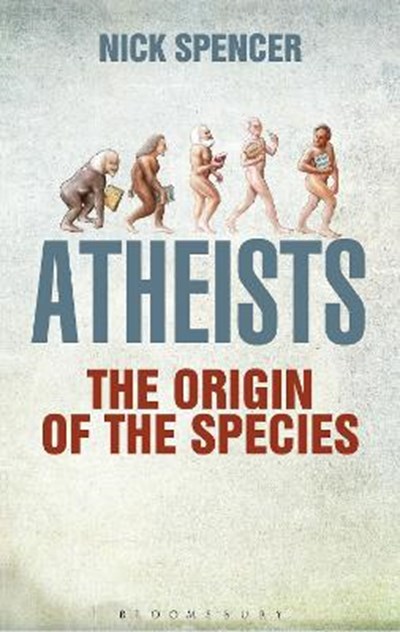 The Origin of the Species

QTY
Add to Basket
Publisher: Bloomsbury Publishing PLC
ISBN: 9781472902962
Published: 08/05/2014
Description Author Information Reviews
The clash between atheism and religion has become the defining battle of the 21st century. Books on and about atheism retain high profile and popularity, and atheist movements on both sides of the Atlantic capture headlines with high-profile campaigns and adverts. However, very little has been written on the history of atheism, and this book fills that conspicuous gap. Instead of treating atheism just as a philosophical or scientific idea about the non-existence of God, Atheists: The Origin of the Species places the movement in its proper social and political context. Because atheism in Europe developed in reaction to the Christianity that dominated the continent's intellectual, social and political life, it adopted, adapted and reacted against its institutions as well as its ideas. Accordingly, the history of atheism is as much about social and political movements as it is scientific or philosophical ideas. This is the story not only of Hobbes, Hume, and Darwin, but also of Thomas Aitkenhead hung for blasphemous atheism, Percy Shelley expelled for adolescent atheism, and the Marquis de Sade imprisoned for libertine atheism; of the French revolutionary Terror and the Soviet League of the Militant Godless; of the rise of the US Religious Right and of Islamic terrorism. Looking at atheism in its full sociopolitical context helps explain why it has looked so very different in different countries. It also explains why there has been a recent upsurge in atheism, particularly in Britain and the US, where religion has unexpectedly come to play such a significant role in political affairs. This leads us to a somewhat paradoxical conclusion: we should expect to hear more about atheism in the future for the simple reason that God is back.

Nick Spencer is Research Director of Theos, the public theology think tank, and the author of Freedom and Order: History, Politics and the English Bible, Darwin and God and God and Government. He is a frequent contributor to the national press.