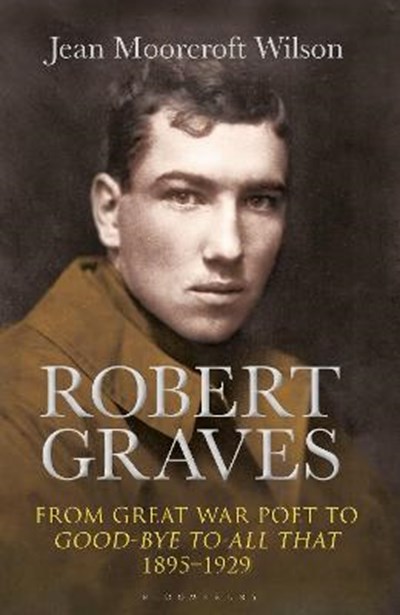 QTY
Add to Basket
Publisher: Bloomsbury Publishing PLC
ISBN: 9781472929143
Number of Pages: 480
Published: 02/08/2018
Width: 15.3 cm
Height: 23.4 cm
Description Author Information Reviews
The writer and poet Robert Graves suppressed virtually all of the poems he had published during and just after the First World War. Until his son, William Graves, reprinted almost all the Poems About War in 1988, Graves's status as a 'war poet' seems to have depended mainly on his prose memoir (and bestseller), Good-bye to All That. None of the previous biographies written on Graves, however excellent, attempt to deal with this paradox in any depth. Robert Graves the war poet and the suppressed poems themselves have been largely neglected - until now. Jean Moorcroft Wilson, celebrated biographer of poets Siegfried Sassoon, Isaac Rosenberg and Edward Thomas, relates Graves's fascinating life during this period, his experiences in the war, his being left for dead at the Battle of the Somme, his leap from a third-storey window after his lover Laura Riding's even more dramatic jump from the fourth storey, his move to Spain and his final 'goodbye' to 'all that'. In this deeply-researched new book, containing startling material never before brought to light, Dr Moorcroft Wilson traces not only Graves's compelling life, but also the development of his poetry during the First World War, his thinking about the conflict and his shifting attitude towards it. Robert Graves: From Great War Poet to Good-bye to All That casts new light on the life, prose and poetry of Graves, without which the story of Great War poetry is incomplete.

Jean Moorcroft Wilson is a celebrated biographer and leading expert on the First World War poets. Shortlisted for the Duff Cooper biography prize for her Isaac Rosenberg, she has also written biographies of Siegfried Sassoon, Charles Hamilton Sorley and Edward Thomas. She has lectured for many years at the University of London, as well as in the United States and South Africa. She is married to the nephew of Leonard and Virginia Woolf, on whom she has also written a widely-praised biography of place.