The Statesman as Artist 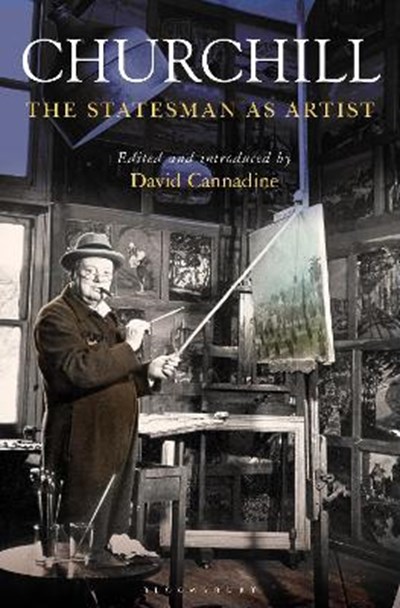 The Statesman as Artist

QTY
Add to Basket
Publisher: Bloomsbury Publishing PLC
ISBN: 9781472945211
Number of Pages: 192
Published: 06/09/2018
Width: 15.3 cm
Height: 23.4 cm
Description Author Information Reviews
Across almost 50 years, Winston Churchill produced more than 500 paintings. His subjects included his family homes at Blenheim and Chartwell, evocative coastal scenes on the French Riviera, and many sun-drenched depictions of Marrakesh in Morocco, as well as still life pictures and an extraordinarily revealing self-portrait, painted during a particularly troubled time in his life. In war and peace, Churchill came to enjoy painting as his primary means of relaxation from the strain of public affairs. In his introduction to Churchill: The Statesman as Artist, David Cannadine provides the most important account yet of Churchill's life in art, which was not just a private hobby, but also, from 1945 onwards, an essential element of his public fame. The first part of this book brings together for the first time all of Churchill's writings and speeches on art, not only 'Painting as a Pastime', but his addresses to the Royal Academy, his reviews of two of the Academy's summer exhibitions, and an important speech he delivered about art and freedom in 1937. The second part of the book provides previously uncollected critical accounts of his work by some of Churchill's contemporaries: Augustus John's hitherto unpublished introduction to the Royal Academy exhibition of Churchill's paintings in 1959, and essays and reviews by Churchill's acquaintances Sir John Rothenstein, Professor Thomas Bodkin and the art critic Eric Newton. The book is lavishly illustrated with reproductions of many of Churchill's paintings, some of them appearing for the first time. Here is Churchill the artist more fully revealed than ever before.

Professor Sir David Cannadine is Dodge Professor of History at Princeton University, Editor of the Oxford Dictionary of National Biography and President of the British Academy. His numerous publications include The Undivided Past, In Churchill's Shadow, Class in Britain and The Decline and Fall of the British Aristocracy. He appears regularly on television and radio, and lectures widely in the UK and America.