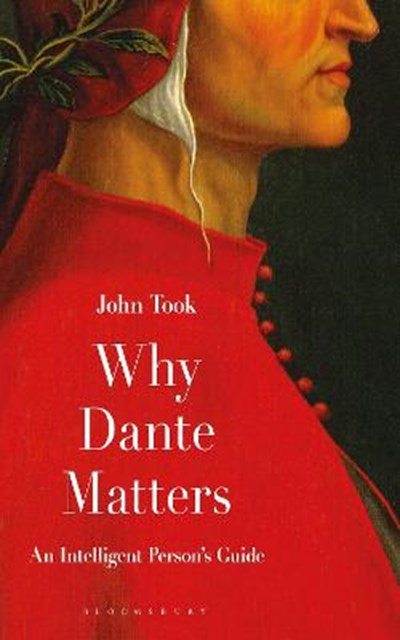 QTY
Add to Basket
Publisher: Bloomsbury Publishing PLC
ISBN: 9781472951038
Number of Pages: 224
Published: 15/10/2020
Width: 15.3 cm
Height: 23.4 cm
Description Author Information Reviews
The year 2021 marks the 700th anniversary of the death of Dante Alighieri, a poet who, as T. S. Eliot put it, 'divides the world with Shakespeare, there being no third'. His, like ours, was a world of moral uncertainty and political violence, all of which made not only for the agony of exile but for an ever deeper meditation on the nature of human happiness. In Why Dante Matters, John Took offers by way of three in particular of Dante's works - the Vita Nova as the great work of his youth, the Convivio as the great work of his middle years and the Commedia as the great work of his maturity - an account, not merely of Dante's development as a poet and philosopher, but of his continuing presence to us as a guide to man's wellbeing as man. Committed as he was to the welfare not only of his contemporaries but of those 'who will deem this time ancient', Dante's is in this sense a discourse overarching the centuries, a discourse confirming him in his status, not merely as a cultural icon, but as a fellow traveller.

John Took is Professor Emeritus of Dante Studies at University College London. Prominent among his books and articles on Dante - many of them turning on the poet's significance as a leading representative of what Paul Tillich calls the 'existentialist point of view' in philosophy and theology - is his recently published intellectual biography of Dante entitled simply Dante (Princeton University Press, 2020).