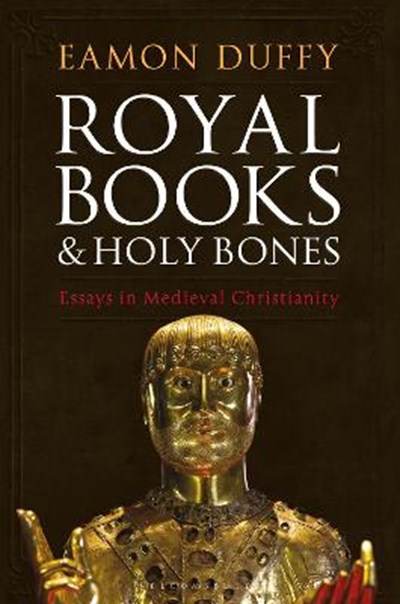 eBook FAQ
Add to Basket
Publisher: Bloomsbury Publishing PLC
ISBN: 9781472953230
Number of Pages: 384
Published: 14/06/2018
Width: 15.3 cm
Height: 23.4 cm
Description Author Information Reviews
In these vivid and approachable essays Eamon Duffy engages with some of the central aspects of Western religion in the thousand years between the decline of pagan Rome and the rise of the Protestant Reformation. In the process he opens windows on the vibrant and multifaceted beliefs and practices by which medieval people made sense of their world: the fear of death and the impact of devastating pandemic, holy war against Islam and the invention of the blood libel against the Jews, provision for the afterlife and the continuing power of the dead over the living, the meaning of pilgrimage and the evolution of Christian music. Duffy unpicks the stories of the Golden Legend and Yale University's mysterious Voynich manuscript, discusses the cult of 'St' Henry VI and explores childhood in the Middle Ages. Accompanying the book are a collection of full colour plates which further demonstrate the richness of late medieval religion. In this highly readable collection Eamon Duffy once more challenges existing scholarly narratives and sheds new light on the religion of Britain and Europe before and during the Reformation.

Professor Eamon Duffy is Emeritus Professor of the History of Christianity at the University of Cambridge, and a fellow and former President of Magdalene College. His previous books include Reformation Divided, Saints, Sacrilege and Sedition and The Stripping of the Altars.