Music as an Art 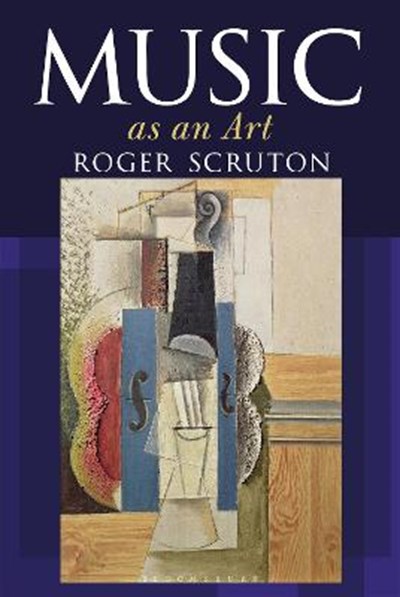 Music as an Art

QTY
Add to Basket
Publisher: Bloomsbury Publishing PLC
ISBN: 9781472955715
Number of Pages: 272
Published: 23/08/2018
Width: 15.3 cm
Height: 23.4 cm
Description Author Information Reviews
Music as an Art begins by examining music through a philosophical lens, engaging in discussions about tonality, music and the moral life, music and cognitive science and German idealism, as well as recalling the author's struggle to encourage his students to distinguish the qualities of good music. Scruton then explains - via erudite chapters on Schubert, Britten, Rameau, opera and film - how we can develop greater judgement in music, recognising both good taste and bad, establishing musical values, as well as musical pleasures. As Scruton argues in this book, in earlier times, our musical culture had secure foundations in the church, the concert hall and the home; in the ceremonies and celebrations of ordinary life, religion and manners. Yet we no longer live in that world. Fewer people now play instruments and music is, for many, a form of largely solitary enjoyment. As he shows in Music as an Art, we live at a critical time for classical music, and this book is an important contribution to the debate, of which we stand in need, concerning the place of music in Western civilization.

Sir Roger Scruton is the author of Understanding Music and The Aesthetics of Music as well as numerous bestselling books of philosophy, history, fiction and criticism. He is a Fellow of the Royal Society of Literature, a Fellow of the British Academy and an Honorary Bencher of the Inner Temple. He currently teaches an MA course in philosophy for the University of Buckingham.