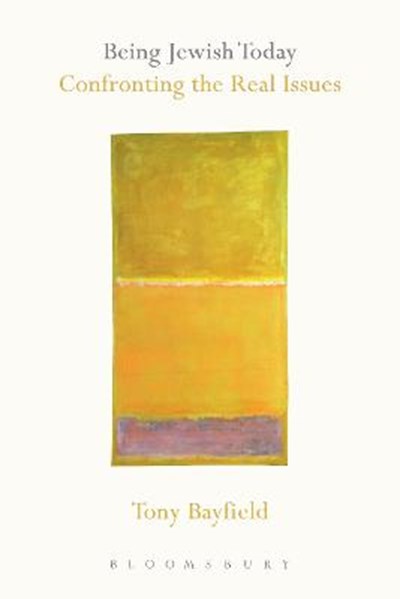 QTY
Add to Basket
Publisher: Bloomsbury Publishing PLC
ISBN: 9781472962089
Number of Pages: 384
Published: 05/09/2019
Width: 15.3 cm
Height: 23.4 cm
Description Author Information Reviews
'A deeply humane, learned and personal reflection on Jewish identity' Rowan Williams 'This inspiring book has made me a better Jew, one who understands more, who knows more' Daniel Finkelstein 'This remarkable book takes us on a journey: geographic, historical, cultural, philosophical, political, autobiographical and, yes, religious' Michael Marmot Being Jewish Today gives an account of both the journey of a particular British Jew and the journey of millions of women and men through today's perplexing and difficult world. With honesty and integrity Rabbi Tony Bayfield breaks new ground in exploring the meaning of Jewish identity and its relationship to Jewish tradition and belief. He does so from the perspective of a person fully integrated into the modern Western world. The rigorous questions he asks of his Jewishness, Judaism and the Jewish God are therefore substantially the same as those asked by individuals of all faiths and none. Beginning with an account of the journey of Jewish people and thought from ancient times to the present day, Bayfield goes on to consider Jewish identity, Israel as land and the scourge of anti-Semitism. He then turns to the twin concerns of Torah: Halakhah - practice, and Aggadah - ethics, along with the matter of belief in a world faced with global extinction. Finally, in addressing the manifest injustice of life, Rabbi Bayfield confronts the widely evaded questions of universal suffering and divine inaction. Drawing on key religious and secular thinkers who contribute to the force of his argument, Bayfield's masterful, challenging and urgent book will appeal to all Jews, whether religious or cultural, and to anyone curious about the nature of Judaism and religion today.

Rabbi Tony Bayfield is a graduate of Magdalene College Cambridge and Leo Baeck College, London. He has been both Head and President of the Movement for Reform Judaism. He also has a Lambeth doctorate for a body of published work in the world of theology and Christian Jewish relations. He has a CBE for services to Reform Judaism and was awarded the Inter Faith Gold Medallion. This is his sixth book. He has contributed to numerous learned journals and reviews.