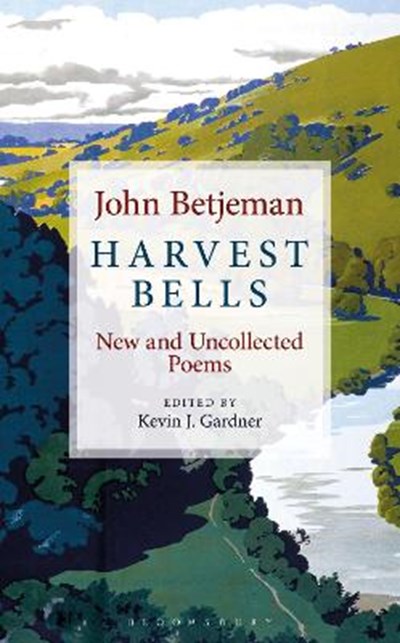 QTY
Add to Basket
Publisher: Bloomsbury Publishing PLC
ISBN: 9781472966384
Number of Pages: 240
Published: 27/06/2019
Width: 13.5 cm
Height: 21.6 cm
Description Author Information Reviews
John Betjeman's unforgettable poems on landscape and suburbia, desire and death, faith and doubt, helped to establish him as the beloved voice of a nation. Yet the ten books of poetry he published individually, later assembled in the Collected Poems, were an incomplete representation of his poetic oeuvre. Many poems published in journals or magazines were excluded from Betjeman's books by him or his editors and a substantial number of finished poems were never printed at all, remaining unknown to readers - until now. In this exquisite new edition of Betjeman's verse editor Kevin Gardner promises new treasures for 'Betj's' admirers the world over. Betjeman wrote many of these poems in the late 1920s and early 1930s, when he was still developing his unique poetic voice. They reveal a young poet experimenting with both Modernism and post-Romanticism, yet influenced by Shelley and Pope among others. Some of these poems are profoundly psychological, personal and deeply affecting to read today. Several have the delicate and eccentric touch of much of his early poetry and shed new light on his growth as a young poet, while many others reflect the sustained maturity of his later verse. Almost all are typically amusing and highly witty in the style typical of Betjeman; some verge on the bawdy and even, in one instance, point towards homosexuality. These charming and surprising new discoveries, found in archives as far apart as Austin, Texas, and Christ Church, Oxford, will delight poetry lovers and introduce a whole new generation to Betjeman's unforgettable work.

Sir John Betjeman was born in 1906 and educated at Marlborough and Magdalen College, Oxford. He gave his first radio talk in 1932; future appearances made him into a national celebrity. He was knighted in 1969 and appointed poet laureate in 1972. He died in 1984. Dr Kevin Gardner is Professor of English at Baylor University, USA. The author of many articles and books, he is the editor of Poems in the Porch, Building Jerusalem and Faith and Doubt of John Betjeman.