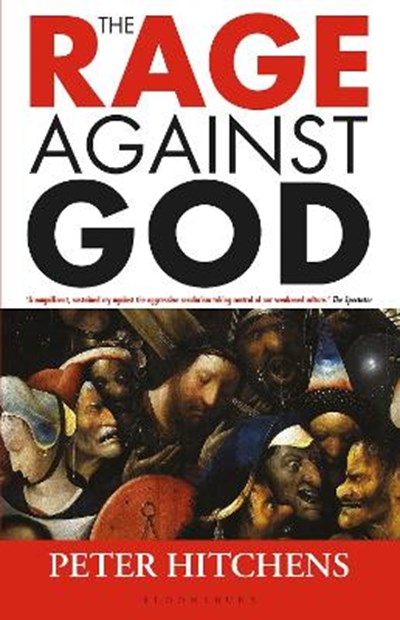 eBook FAQ
Add to Basket
Publisher: Bloomsbury Publishing PLC
ISBN: 9781472970534
Published: 07/02/2019
Description Author Information Reviews
Peter Hitchens lost faith as a teenager. But eventually finding atheism barren, he came by a logical process to his current affiliation to an unmodernised belief in Christianity. Hitchens describes his return from the far political left. Familiar with British left-wing politics, it was travelling in the Communist bloc that first undermined and replaced his leftism, a process virtually completed when he became a newspaper's resident Moscow correspondent in 1990, just before the collapse of the Communist Party. He became convinced of certain propositions. That modern western social democratic politics is a form of false religion in which people try to substitute a social conscience for an individual one. That utopianism is actively dangerous. That liberty and law are attainable human objectives which are also the good by-products of Christian faith. Faith is the best antidote to utopianism, dismissing the dangerous idea of earthly perfection, discouraging people from acting as if they were God, encouraging people to act in the belief that there is a God and an ordered, purposeful universe, governed by an unalterable law.

Peter Hitchens is a British journalist, author and broadcaster. He witnessed most of the final scenes of the Cold War, and was a resident correspondent in the Soviet capital and in Washington, DC. He frequently revisits both Russia and the USA. He currently writes for the Mail on Sunday, where he is a columnist and occasional foreign correspondent, reporting most recently from Iran, North Korea, Burma, The Congo and China. He won the journalism category in the 2010 George Orwell Prize for this correspondence.