Benedict XVI: A Life Volume One

Youth in Nazi Germany to the Second Vatican Council 1927-1965 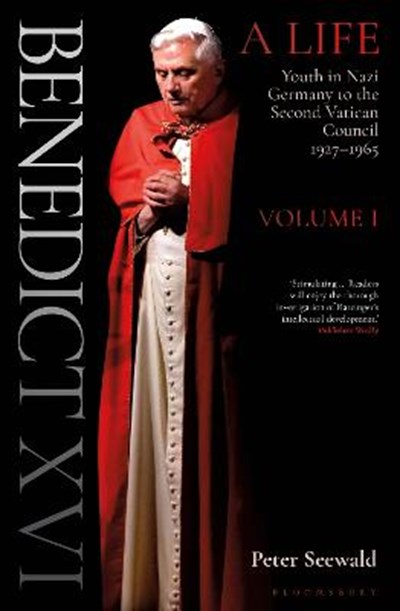 Benedict XVI: A Life Volume One

Youth in Nazi Germany to the Second Vatican Council 1927-1965

eBook FAQ
Add to Basket
Publisher: Bloomsbury Publishing PLC
ISBN: 9781472979193
Number of Pages: 512
Published: 10/12/2020
Width: 15.3 cm
Height: 23.4 cm
Description Author Information Reviews
By any reckoning, the papacy of Pope Benedict XVI was extraordinary, with moments of high drama. Not the least of these was his resignation from office in February 2013, the first papal resignation in 500 years. But who is Joseph Ratzinger? In this definitive biography, based on meticulous historical research and many hours of taped interviews with his subject, Peter Seewald shows the exceptional circumstances in which the exceptionally talented son of a Bavarian policeman became the first German pope for 950 years. In this first volume, covering the years 1927-1965, we witness Joseph Ratzinger's early days, living above his father's police station. Ratzinger came to adulthood through the years of National Socialism. Though hostile to the rise of Hitler, his family knew well about Dachau and Ratzinger himself was conscripted into the Hitler Youth. Joseph Ratzinger proved to be a man of exceptional intellectual gifts and by the time of the Second Vatican Council (1962-1965) he was already noted as one of the outstanding intellects present and was nominated a 'peritus' or theological expert. This was also the time of the start of his friendship with the Swiss theologian Hans Kung who was to become his nemesis. Of his predecessor, Pope Francis has said: 'Pope Benedict was a great Pope, great for the penetration of his intelligence, great for his important contribution to theology, great for his love of the Church and human beings, great for his virtues and faith'. Even in this first volume, we begin to understand how this came to be true.

Peter Seewald has worked as a journalist for Stern, Spiegel and the Suddeutsche Zeitung and is one of the most admired authors on religion in Germany today. His previous book of interviews with Pope Benedict Last Testament was widely reviewed in the religious and international press.