Professor and Prefect to Pope and Pope Emeritus 1966-The Present 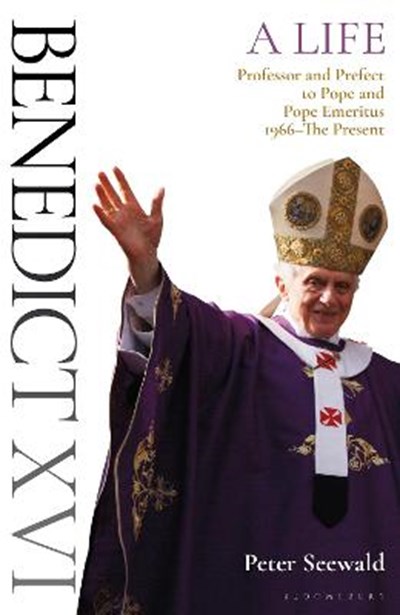 Professor and Prefect to Pope and Pope Emeritus 1966-The Present

QTY
Add to Basket
Publisher: Bloomsbury Publishing PLC
ISBN: 9781472979216
Number of Pages: 576
Published: 11/11/2021
Width: 15.3 cm
Height: 23.4 cm
Description Author Information Reviews
Emeritus Pope Benedict commands both adulation and unremitting criticism. To millions, he remains a beacon of light in a turbulent modern world. In this second volume of Peter Seewald's authoritative biography, the story continues from the Second Vatican Council (1965-8) right up to the present day. We see how Benedict was influenced by the Council and the ensuing political unrest all over Europe to move from a liberal perspective on the Church and the modern world to one that was profoundly conservative. Appointed in 1981 as prefect of the Congregation of Doctrine of the Faith, and quickly nicknamed 'God's Rottweiler', he proved to be intransigent on the controversial issues of abortion, contraception, gay rights and gay marriage. But elected Pope in 2005, his tenure of office was so riven with shocking revelations of controversy and scandal that it seemed that by the time of his resignation in 2013 he was incapable of handling the complexities of the Church in the modern world. Vatileaks, sexual abuse by priests, the Regensburg speech which became the spark of an eruption of anger and rage in the Muslim world - all these hit the world's media headlines. Peter Seewald is the only person who is close enough to Benedict to assess the man himself and to uncover the truth about so many of the controversial issues surrounding this most controversial papacy. Seewald has already published two books of interviews with Benedict and this book is based not just on meticulous research but on many hours of recorded interviews with Benedict himself. It will stand for many years as the definitive biography of Benedict XVI from an author with unrivalled access to the Pope Emeritus.

Peter Seewald has worked as a journalist for Stern, Spiegel and the Suddeutsche Zeitung and is one of the most admired authors on religion in Germany today. Throughout his career he has remained one of the writers closest to Pope Benedict and has interviewed him for countless hours. His book of conversations with Pope Benedict, Last Testament, was published by Bloomsbury Continuum in 2016, and the first volume of his biography of the Pope Emeritus Benedict XVI was published by the same imprint in late 2020.