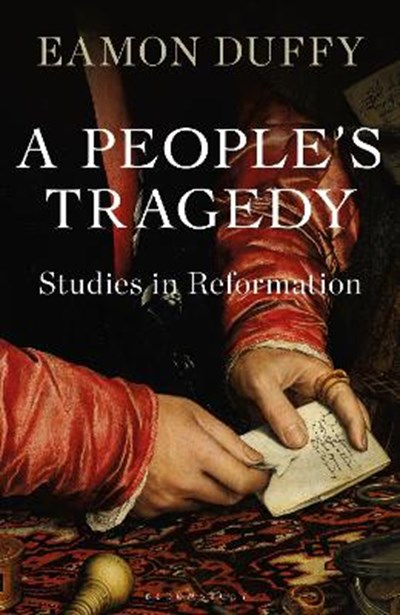 eBook FAQ
Add to Basket
Publisher: Bloomsbury Publishing PLC
ISBN: 9781472983855
Number of Pages: 272
Published: 26/11/2020
Width: 15.3 cm
Height: 23.4 cm
Description Author Information Reviews
As an authority on the religion of medieval and early modern England, Eamon Duffy is preeminent. In his revisionist masterpiece The Stripping of the Altars, Duffy opened up new areas of research and entirely fresh perspectives on the origin and progress of the English Reformation. Duffy's focus has always been on the practices and institutions through which ordinary people lived and experienced their religion, but which the Protestant reformers abolished as idolatry and superstition. The first part of A People's Tragedy examines the two most important of these institutions: the rise and fall of pilgrimage to the cathedral shrines of England, and the destruction of the monasteries under Henry VIII, as exemplified by the dissolution of the ancient Anglo-Saxon monastery of Ely. In the title essay of the volume, Duffy tells the harrowing story of the Elizabethan regime's savage suppression of the last Catholic rebellion against the Reformation, the Rising of the Northern Earls in 1569. In the second half of the book Duffy considers the changing ways in which the Reformation has been thought and written about: the evolution of Catholic portrayals of Martin Luther, from hostile caricature to partial approval; the role of historians of the Reformation in the emergence of English national identity; and the improbable story of the twentieth century revival of Anglican and Catholic pilgrimage to the medieval Marian shrine of Walsingham. Finally, he considers the changing ways in which attitudes to the Reformation have been reflected in fiction, culminating with Hilary Mantel's gripping trilogy on the rise and fall of Henry VIII's political and religious fixer, Thomas Cromwell, and her controversial portrayal of Cromwell's Catholic opponent and victim, Sir Thomas More.

Professor Eamon Duffy is Emeritus Professor of the History of Christianity at the University of Cambridge and a Fellow of Magdalene College. He is the author of The Stripping of the Altars, Reformation Divided and Royal Books and Holy Bones and appears regularly on radio and television as an authority on religion and the Reformation in England.