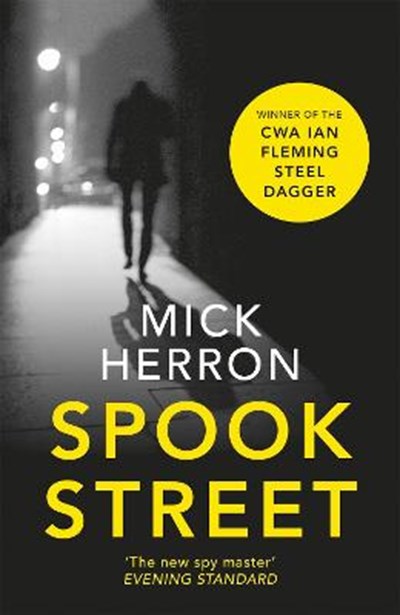 Publisher: John Murray Press
ISBN: 9781473621299
Number of Pages: 352
Published: 07/09/2017
Width: 14.3 cm
Height: 20 cm
Description Author Information Reviews
*Soon to be a TV series starring Oscar-award winning actor Gary Oldman as Jackson Lamb* 'The new king of the spy thriller' Mail on Sunday 'Razor-sharp prose, fully formed characters and an underlying pathos make this series the most exciting development in spy fiction since the Cold War' The Times 'A terrific spy novel: sublime dialogue, frictionless plotting' Ian Rankin WINNER OF THE CWA IAN FLEMING STEEL DAGGER Never outlive your ability to survive a fight. Twenty years retired, David Cartwright can still spot when the stoats are on his trail. Jackson Lamb worked with Cartwright back in the day. He knows better than most that this is no vulnerable old man. 'Nasty old spook with blood on his hands' would be a more accurate description. 'The old bastard' has raised his grandson with a head full of guts and glory. But far from joining the myths and legends of Spook Street, River Cartwright is consigned to Lamb's team of pen-pushing no-hopers at Slough House. So it's Lamb they call to identify the body when Cartwright's panic button raises the alarm at Service HQ. And Lamb who will do whatever he thinks necessary, to protect an agent in peril . . . 'As a master of wit, satire, insight... Herron is difficult to overpraise' Daily Telegraph 'Irresistible writing ... ironclad storytelling and off-kilter humour' Financial Times 'Mick Herron's novels are a satirical chronicle of modern Britain . . . in their gleefully shocking way, his books reflect the trajectory of the nation' Economist

Mick Herron's six Slough House novels have been shortlisted for eight CWA Daggers, winning twice, and shortlisted for the Theakston Old Peculier Crime Novel of the Year three times. The first, Slow Horses, was picked as one of the best twenty spy novels of all time by the Daily Telegraph, while the most recent, Joe Country, was a Sunday Times top ten bestseller. Mick Herron was born in Newcastle upon Tyne, and now lives in Oxford.