You are the Beloved 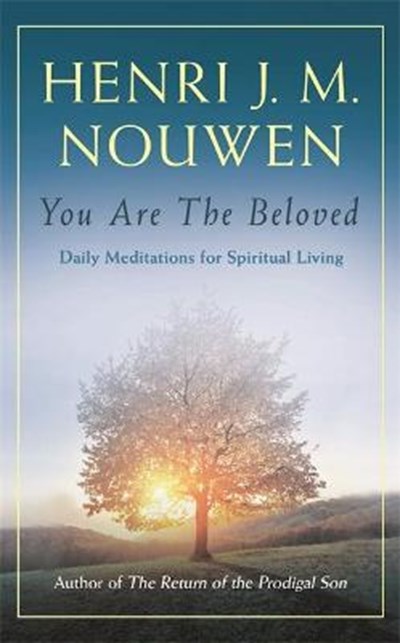 You are the Beloved

eBook FAQ
Add to Basket
Publisher: Hodder & Stoughton
ISBN: 9781473632554
Number of Pages: 416
Published: 20/09/2018
Width: 16.2 cm
Height: 20.1 cm
Description Author Information Reviews
'We are the Beloved. We are intimately loved long before our parents, teachers, spouses, children and friends loved or wounded us. That's the truth of our lives. That's the truth I want you to claim for yourself. That's the truth spoken by the voice that says, "You are my Beloved."' - Henri Nouwen, Life of the Beloved Henri Nouwen, priest, professor and writer, devoted much of his later ministry to emphasising the singular concept of our identity as the Beloved of God. In an interview, he said that he believed the central moment in Jesus' public ministry to be his baptism in the Jordan, when Jesus heard the affirmation, 'You are my beloved son on whom my favour rests.' 'That is the core experience of Jesus,' Nouwen writes. 'He is reminded in a deep, deep way of who he is ... I think his whole life is continually claiming that identity in the midst of everything.' You Are Beloved is a daily devotional created from the very best of Nouwen's writings, paired with daily Scripture readings, that reveals our identity as children of God, and which encourages us to live out that truth in our daily lives. Nouwen is at once refreshingly accessible, unafraid to wrestle with challenging questions, and above all an encouraging and sympathetic voice along the way.

Henri Nouwen (1932-1996) is widely recognised as one of the most influential spiritual writers of the twentieth century. A Dutch-born Catholic priest, professor and pastor, he gained international renown as the author of over forty books on the spiritual life, including such classics as The Wounded Healer, The Inner Voice of Love, The Return of the Prodigal Son, and Life of the Beloved. Nouwen's books have been translated into more than thirty languages and have sold upwards of seven million copies worldwide, resonating with people across the religious, spiritual, cultural and political spectrum. Since his death in 1996, ever-increasing numbers of readers, writers, teachers, and seekers have been guided by his literary legacy.