George Blake, the Berlin Tunnel and the Greatest Conspiracy of the Cold War 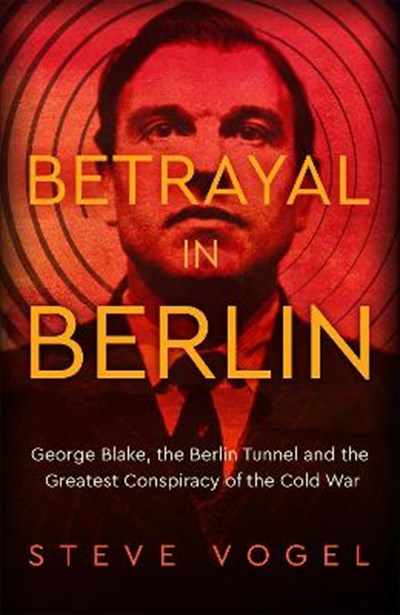 George Blake, the Berlin Tunnel and the Greatest Conspiracy of the Cold War

QTY
Add to Basket
Publisher: John Murray Press
ISBN: 9781473647480
Number of Pages: 544
Published: 24/09/2019
Width: 16.4 cm
Height: 23.6 cm
Description Author Information Reviews
'Riveting and vivid ... At the heart of the book is Blake's own remarkable story, which Vogel tells with some sympathy, if not approval. It reads like a Hollywood screenplay' Foreign Affairs 'A fascinating account of Blake's career as a spy ... Blake's story has been told before, as has the tunnel's, but Steve Vogel pulls them together accessibly and comprehensibly, along with the wider political context and entertaining detail about personalities of the period' Spectator 'Excellent... although there are other books on Blake, Mr. Vogel's handling of his tale is original and rewarding... meticulously researched and full of vivid detail' Wall Street Journal 'A spy thriller that kept me up all night. Magnificent story-telling' Peter Snow A true Cold War espionage thriller set around the ultra-secret Berlin Tunnel - where British officer George Blake must run a high-stakes double cross to maintain his cover. The ultra-secret "Berlin Tunnel" was dug in the mid-1950s from the American sector in southwest Berlin and ran nearly a quarter-mile into the Soviet sector, allowing the CIA and the British Secret Intelligence Service (SIS) to tap into critical KGB and Soviet military underground telecommunication lines. George Blake, a trusted officer working in a highly sensitive job with SIS, was privy to every aspect of the plan. Over the course of eleven months from May 1955 to April 1956, when the Soviets discovered the tunnel, "Operation Gold" provided seemingly invaluable intelligence about Soviet capabilities and intentions. The tunnel was celebrated as an astonishing CIA coup upon its disclosure, and the agency basked in its new reputation as a bold and capable intelligence agency that had, for once, outwitted the KGB. But in 1961, a Polish defector shocked the CIA and SIS by revealing that Blake was a double agent who had disclosed plans for the tunnel to the KGB before it was even built. Blake was arrested and sentenced in 1961 to 42 years in prison, the longest term ever imposed under modern English law. In the years since, the tunnel has been labelled a failure, based on the assumption that the Soviets would never have allowed any information of importance to be transmitted through the tapped lines. Not so. In a work of remarkable investigative reporting, Steve Vogel now reveals that the information picked up by the CIA and SIS was more valuable than even they believed. But why would the Soviets, knowing full well that the tunnel existed, have let slip many of their most valuable secrets? Or did they actually know?

Steve Vogel was born in Berlin, where his father, a CIA case officer, served from 1957 to 1962, during some of the tensest days of the Cold War. As a reporter for the Washington Post for two decades, he wrote frequently about military affairs and the treatment of veterans from the wars in Afghanistan and Iraq. His reporting about the war in Afghanistan was part of a package of Washington Post stories selected as a finalist for the 2002 Pulitzer Prize. He covered the war in Iraq and the first Gulf War, as well as U.S. military operations in Rwanda, Somalia, and the Balkans, and the September 11, 2001, terrorist attack on the Pentagon.