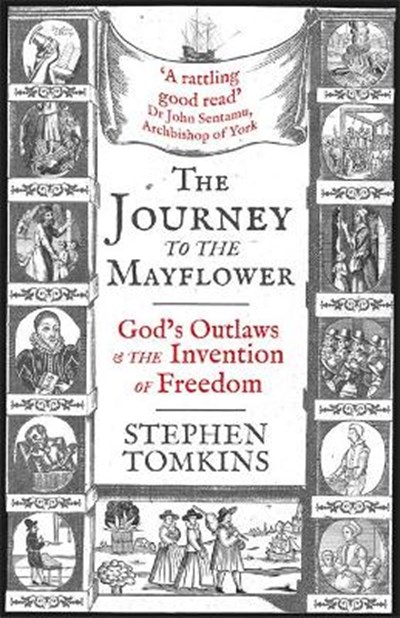 eBook FAQ
Add to Basket
Publisher: Hodder & Stoughton
ISBN: 9781473649101
Number of Pages: 384
Published: 23/01/2020
Width: 16.4 cm
Height: 24 cm
Description Author Information Reviews
'Wonderfully learned, wonderfully written, a microscopic examination of the acorn from which a truly mighty oak would spring. I learnt a huge amount.' - Tom Holland, author of Dominion: The Making of the Western Mind 2020 sees the 400th anniversary of the sailing of the Mayflower - the ship that took the Pilgrim Fathers to the New World. It's a foundational event in American history, but it began as an English story, which pioneered the idea of religious freedom. The illegal underground movement of Protestant separatists from Elizabeth I's Church of England is a story of subterfuge and danger, arrests and interrogations, prison and executions. It starts with Queen Mary's attempts to burn Protestantism out of England, which created a Protestant underground. Later, when Elizabeth's Protestant reformation didn't go far enough, radicals recreated that underground, meeting illegally throughout England, facing prison and death for their crimes. They went into exile in the Netherlands, where they lived in poverty - and finally the New World. Stephen Tomkins tells this fascinating story - one that is rarely told as an important piece of English, as well as American, history - that is full of contemporary relevance: religious violence, the threat to national security, freedom of religion and tolerance of dangerous opinions. This is a must-read book for anyone interested in the untold story of how the Mayflower came to be launched. 'A rattling good read' - The Archbishop of York, Dr John Sentamu

Stephen Tomkins is the author of eight books on Christian history, including biographies of William Wilberforce and John Wesley. He is the editor of Reform magazine, and was previously deputy editor of Third Way. His broadcast work has included BBC1, BBC2, BBC4, Radio 2, Radio 4 and the World Service, and he has written for the Guardian, BBC and Church Times. He speaks on history and religion at national and local festivals. He performs stand up comedy and plays lead guitar in a covers band. He has a PhD in church history from the London School of Theology.