Finding God in the Waves

How I lost my faith and found it again through science 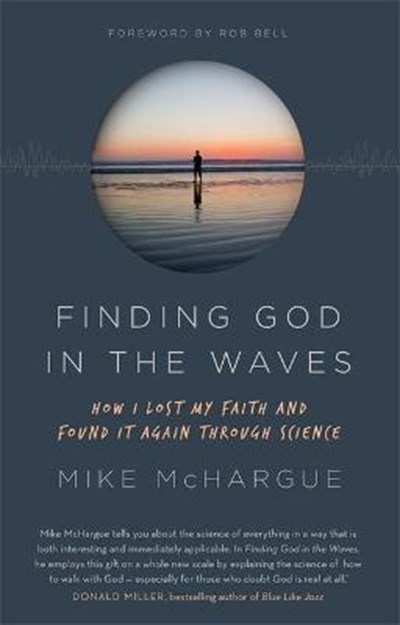 Finding God in the Waves

How I lost my faith and found it again through science

eBook FAQ
Add to Basket
Publisher: Hodder & Stoughton
ISBN: 9781473653696
Number of Pages: 288
Published: 10/08/2017
Width: 12.9 cm
Height: 19.6 cm
Description Author Information Reviews
'Through the lens of neuroscience, McHargue makes his case for valuing religion not for its factual explanatory power but rather for its ability to give meaning to human existence . . . For those who fear science will rob them of both God and Christian community, this work may offer much-needed hope that Christianity and science can coexist.' -Publishers Weekly 'I thoroughly recommend this book. It is written with humility, honesty and a liberal sprinkling of humour ... not only thought-provoking, but also a jolly good read ... A review does not do it justice, so I suggest you read the book!' - Methodist Recorder What do you do when God dies? It's a question facing millions today, as science reveals a universe that's self-creating, western culture departs from its Christian heritage and the idea of God begins to seem implausible at best and barbaric at worst. Mike McHargue understands the pain of unravelling belief. In Finding God in the Waves, Mike tells the story of how his evangelical faith dissolved into atheism as he studied the Bible, a crisis that threatened his identity, his friendships and even his marriage. Years later, Mike was standing on the shores of the Pacific Ocean when a bewildering, seemingly mystical moment motivated him to take another look. But this time, it wasn't theology or scripture that led him back to God - it was science. In Finding God in the Waves, 'Science Mike' draws on his personal experience to tell the unlikely story of how science led him back to faith. Among other revelations, we learn what brain scans reveal about what happens when we pray; how fundamentalism affects the psyche; and how God is revealed not only in scripture, but in the night sky, in subatomic particles, and in us. For the faithful and sceptic alike, Finding God in the Waves is a powerful, page-turning read about belonging, life's biggest questions, and the hope of knowing God in an age of science.

Mike McHargue, also known as 'Science Mike', is a Christian turned atheist turned follower of Jesus who uses his story to help people know God in an age of science. Mike is the host and co-host of two podcasts - Ask Science Mike and The Liturgists Podcast - that have attracted a curious following among Christians, the spiritually interested and the religiously unaffiliated. He is an in-demand speaker at conferences and churches in the US, and he writes for the Storyline Blog, Sojourners and Relevant magazine.