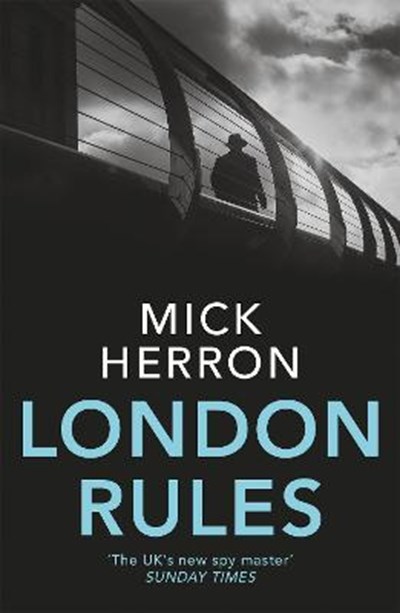 QTY
Add to Basket
Publisher: John Murray Press
ISBN: 9781473657403
Number of Pages: 352
Published: 09/08/2018
Width: 12.9 cm
Height: 19.8 cm
Description Author Information Reviews
*Soon to be a TV series starring Oscar-award winning actor Gary Oldman as Jackson Lamb* 'The new king of the spy thriller' Mail on Sunday 'Razor-sharp prose, fully formed characters and an underlying pathos make this series the most exciting development in spy fiction since the Cold War' The Times London Rules might not be written down, but everyone knows rule one. Cover your arse. Regent's Park's First Desk, Claude Whelan, is learning this the hard way. Tasked with protecting a beleaguered prime minister, he's facing attack from all directions himself: from the showboating MP who orchestrated the Brexit vote, and now has his sights set on Number Ten; from the showboat's wife, a tabloid columnist, who's crucifying Whelan in print; and especially from his own deputy, Lady Di Taverner, who's alert for Claude's every stumble. Meanwhile, the country's being rocked by an apparently random string of terror attacks, and someone's trying to kill Roddy Ho. Over at Slough House, the crew are struggling with personal problems: repressed grief, various addictions, retail paralysis, and the nagging suspicion that their newest colleague is a psychopath. But collectively, they're about to rediscover their greatest strength - that of making a bad situation much, much worse. It's a good job Jackson Lamb knows the rules. Because those things aren't going to break themselves. SHORTLISTED FOR THE CWA GOLD DAGGER AND IAN FLEMING STEEL DAGGER 'As a master of wit, satire, insight... Herron is difficult to overpraise' Daily Telegraph 'Irresistible writing ... ironclad storytelling and off-kilter humour' Financial Times 'Mick Herron's novels are a satirical chronicle of modern Britain . . . in their gleefully shocking way, his books reflect the trajectory of the nation' Economist

Mick Herron's six Slough House novels have been shortlisted for eight CWA Daggers, winning twice, and shortlisted for the Theakston Old Peculier Crime Novel of the Year three times. The first, Slow Horses, was picked as one of the best twenty spy novels of all time by the Daily Telegraph, while the most recent, Joe Country, was a Sunday Times top ten bestseller. Mick Herron was born in Newcastle upon Tyne, and now lives in Oxford.