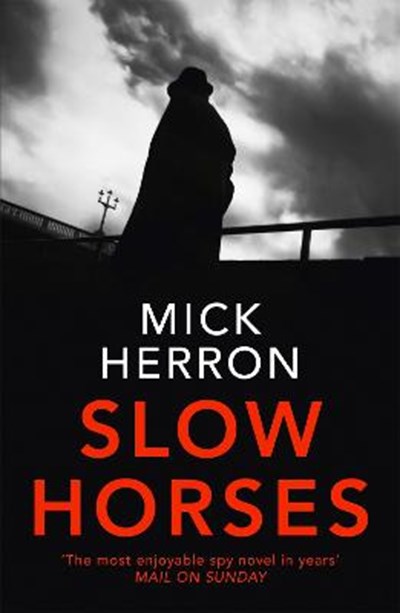 QTY
Add to Basket
Publisher: John Murray Press
ISBN: 9781473674189
Number of Pages: 336
Published: 27/07/2017
Width: 12.8 cm
Height: 19.6 cm
Description Author Information Reviews
*Picked as a 'best thriller of the last decade' by The Times* *Soon to be a TV series starring Oscar-award winning actor Gary Oldman as Jackson Lamb* 'The new king of the spy thriller' Mail on Sunday 'Razor-sharp prose, fully formed characters and an underlying pathos make this series the most exciting development in spy fiction since the Cold War' The Times You don't stop being a spook just because you're no longer in the game. Banished to Slough House from the ranks of achievers at Regent's Park for various crimes of drugs and drunkenness, lechery and failure, politics and betrayal, Jackson Lamb's misfit crew of highly trained joes don't run ops, they push paper. But not one of them joined the Intelligence Service to be a 'slow horse'. A boy is kidnapped and held hostage. His beheading is scheduled for live broadcast on the net. And whatever the instructions of the Service, the slow horses aren't going to just sit quiet and watch . . 'As a master of wit, satire, insight... Herron is difficult to overpraise' Daily Telegraph 'Irresistible writing ... ironclad storytelling and off-kilter humour' Financial Times 'Mick Herron's novels are a satirical chronicle of modern Britain . . . in their gleefully shocking way, his books reflect the trajectory of the nation' Economist

Mick Herron's seven Slough House novels have been shortlisted for eight CWA Daggers, winning twice, and shortlisted for the Theakston Old Peculier Crime Novel of the Year three times. The first, Slow Horses, was picked as one of the best twenty spy novels of all time by the Daily Telegraph, while the most recent, Slough House, was a Sunday Times top ten bestseller. He is also the author of the acclaimed Zoe Boehm detective series, and standalone novels including Reconstruction and This is What Happened. Mick Herron was born in Newcastle upon Tyne, and now lives in Oxford.