The remarkable fleet bringing hope to the world's poorest people 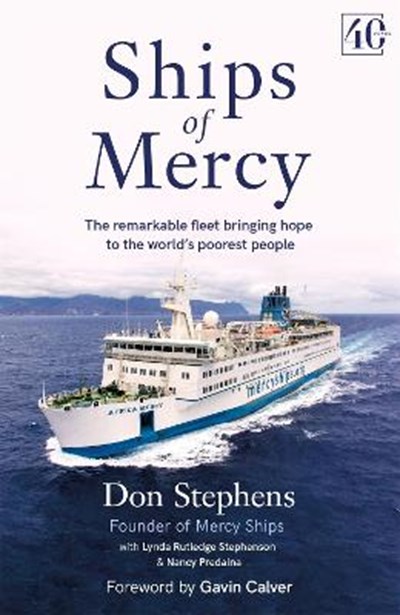 The remarkable fleet bringing hope to the world's poorest people

QTY
Add to Basket
Publisher: John Murray Press
ISBN: 9781473682542
Number of Pages: 240
Published: 05/04/2018
Width: 12.8 cm
Height: 19.6 cm
Description Author Information Reviews
Ships of Mercy tells the riveting true story of Mercy Ships, the astonishing fleet of hospital ships that sail the globe, bringing dramatic change to the lives of hundreds of thousands of people in the most impoverished and disease-stricken corners of the world. Ships of Mercy is a page-turner of the highest quality, an inspiring testimony both to the essence of the human spirit and God's amazing providence. It tells the story of a teenager's extraordinary vision brought to reality in the form of a multi-million dollar life-saving mission. It also tells the story of a family of people from diverse backgrounds who have sacrificed their comfort and security in order to perform remarkable acts of grace and kindness.

Don Stephens is the founder and president of the international charity Mercy Ships. The charity currently operates the world's largest civilian hospital ship; The Africa Mercy. This astonishing ship takes relief and development to the port cities of some of the world's poorest countries. Every year, Mercy Ships' doctors perform more than two thousand complex operations that transform people's lives in areas where up to half the population has no access to basic health care.