The Final Word on the Ultimate Cold Case: The Search for Hitler's Body 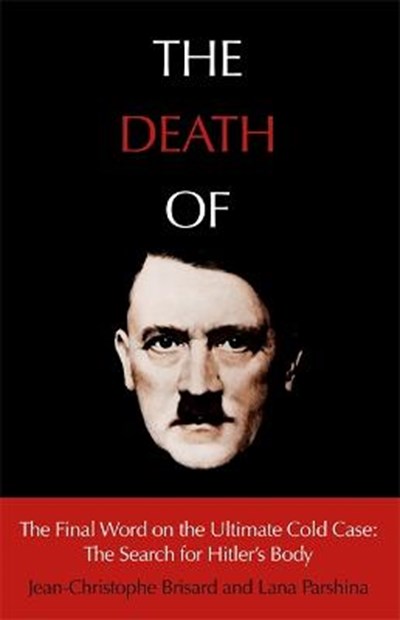 The Final Word on the Ultimate Cold Case: The Search for Hitler's Body

Publisher: Hodder & Stoughton
ISBN: 9781473686526
Number of Pages: 336
Published: 04/09/2018
Width: 16.1 cm
Height: 24 cm
Description Author Information Reviews
'Gripping' The Times 'Fascinating... Orchestrated like a spy novel... an edge-of-your-seat tale of Adolf Hitler's last days' Journal du Dimanche A dramatic and revelatory new account of the final days in Hitler's bunker, based on new access to Soviet state, military and FSB archives and cutting-edge forensics. On 30 April 1945, Hitler committed suicide in his bunker as the Red Army closed in on Berlin. Within four days the Soviets had recovered his body. But the truth about what the Russian secret services found was hidden from history when, three months later, Stalin officially declared to Churchill and Truman that Hitler was still alive and had escaped abroad. Doubts began to spread like gangrene and continue, even today, to feed wild fantasies about what really happened to him. In 2017, after two years of painstaking negotiations with the Russian authorities, award-winning investigative journalists Jean-Christophe Brisard and Lana Parshina gained access to confidential Soviet files that finally revealed the truth about the incredible hunt for Hitler's body. Their investigation includes new eyewitness accounts of Hitler's final days, exclusive photographic evidence and interrogation records, and exhaustive research into the absurd power struggle that ensued between the Soviet, British and American intelligence agencies. And for the first time since the end of the Second World War, authorised cutting-edge forensic tests are carried out on the human remains recovered from the bunker - a piece of skull with traces of the lethal bullet; a fragment of jaw bone and teeth. In this fascinating investigation as thrilling as any spy novel, Brisard and Parshina debunk all previous conspiracy theories about the death of the Fuhrer. With breathtaking precision and immediacy, they penetrate one of the most powerful and controversial secret services on earth to take us inside the final hours of Hitler's bunker - and solve the most notorious cold case in history.

Journalist and reporter Jean-Christophe Brisard has made a number of documentaries on geopolitical subjects and dictatorships. He is the author of several books, including Enfants de dictateurs (First Histoire,2014). Lana Parshina is a translator and film-maker. She was born and educated in Moscow. Her credits as a filmmaker include a documentary on Stalin's daughter in 2008 and The Singer who Fell in 2015. She produces and directs film for television and cinema.