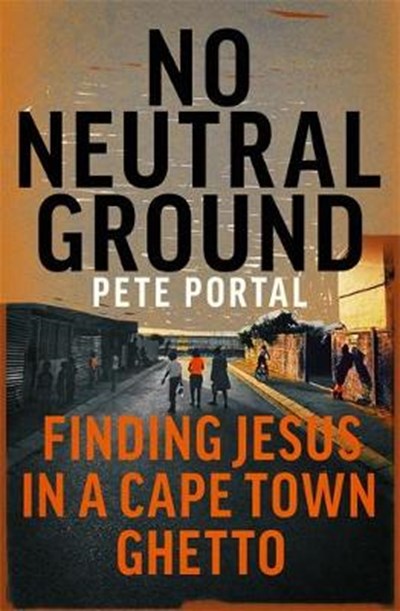 QTY
Add to Basket
Publisher: Hodder & Stoughton
ISBN: 9781473697379
Number of Pages: 288
Published: 02/05/2019
Width: 15.5 cm
Height: 23.3 cm
Description Author Information Reviews
'inspiring stories, wild faith and insightful challenge' - Pete Greig Cape Town is one of the most beautiful cities in the world - often described as a kind of heaven on earth. But for the majority of its inhabitants it is hell. Ghettoes are everywhere, and for those living in Manenberg - a coloured township on the Cape Flats, purpose-built by the apartheid government as part of its forced removal plan - life is just as marginal today as it was during apartheid. The main differences now are the rampant drug use and widespread gang presence. No Neutral Ground is the gripping account of Pete Portal's move from London to Manenberg, of addicts and gangsters meeting Jesus and being transformed, and how he went from living with a heroin addict to helping establish a church community - and all the heartbreak and failure along the way. This is a story of mighty works of God, as well as relapse, hopelessness and despair; the miraculous and the mundane, heaven and hell, all balanced on a knife edge. Offering searing insight and an inspiring vision of faith, Pete asks why anyone would choose this way of life, if giving up our lives for others is worth it - and what the church could become if we were willing to risk it all to reach the forgotten and the lost. 'Honest, inspiring, heartbreakingly convicting, spirit-infused, humble and holy. This book reeks of Jesus and the invitation he still gives to lose our lives for something so much better.' - Danielle Strickland

Pete Portal is originally from London but has lived in Cape Town since 2009. He left a promising career in children's television to move to Manenberg, one of South Africa's most notorious communities. Pete holds Masters degrees in Theology (Edinburgh) and Theology, Politics and Faith-based Organisations (King's College London). He and his wife Sarah serve on the Core Leadership Team of Tree of Life, a church community in Manenberg that runs ministries for the vulnerable and marginalised. In his spare time Pete enjoys carpentry and plays football for FC Manenberg. No Neutral Ground is his first book. treeoflife.org.za