An Introduction to Monotheism 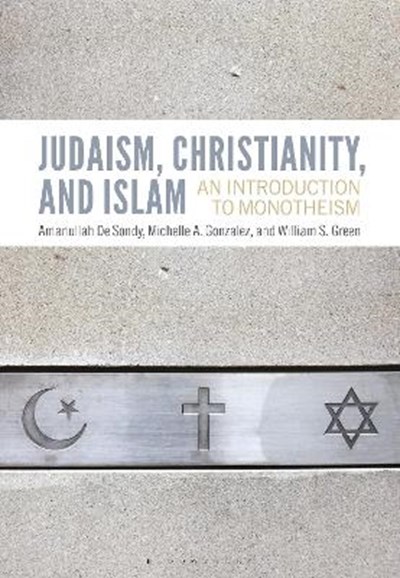 An Introduction to Monotheism

eBook FAQ
Add to Basket
Publisher: Bloomsbury Publishing PLC
ISBN: 9781474257244
Number of Pages: 272
Published: 15/10/2020
Width: 16.9 cm
Height: 24.4 cm
Description Author Information Reviews
Judaism, Christianity and Islam: An Introduction to Monotheism shows how a shared monotheistic legacy frames and helps explain the commonalities and disagreements among Judaism, Christianity and Islam and their significant denominations in the world today. Taking a thematic approach and covering both historical and contemporary dimensions, the authors discuss how contemporary geographic and cultural contexts shape the expression of monotheism in the three religions. It covers differences between religious expressions in Israeli Judaism, Latin American Christianity and British Islam. Topics discussed include scripture, creation, covenant and identity, ritual, ethics, peoplehood and community, redemption, salvation, life after death, gender, sexuality and marriage. This introductory text, which contains over 30 images, a map, a timeline, chapter afterthoughts and critical questions, is written by three authors with extensive teaching experience, each a specialist in one of the three monotheistic traditions.

Amanullah De Sondy is Head of the Study of Religions Department and Senior Lecturer in Contemporary Islam at University College Cork, Ireland. He has taught Islamic Studies at the University of Glasgow, UK, and the University of Miami, USA. He is the author of The Crisis of Islamic Masculinities (Bloomsbury, 2014) and has been contributing to BBC Radio Scotland's "Thought for the Day" for over ten years. Michelle A. Gonzalez is Dean of the College of Arts and Sciences at the University of Scranton, USA. She is the author of Sor Juana: Beauty and Justice in the Americas (2003), Afro-Cuban Theology: Religion, Race, Culture and Identity (2006), Created in God's Image: An Introduction to Feminist Theological Anthropology (2007), Caribbean Religious History (2010) and Shopping: Christian Explorations of Daily Living (2010). William S. Green is Professor of Religious Studies and the Fain Family Endowed Chair in Judaic Studies at the University of Miami, USA. He edited The Journal of the American Academy of Religion, is Associate Editor of The Harper Collins Dictionary of Religion (1995), Co-Editor of The Dictionary of Judaism in the Biblical Period (1996), and Co-Editor of The Encyclopedia of Judaism (2005).