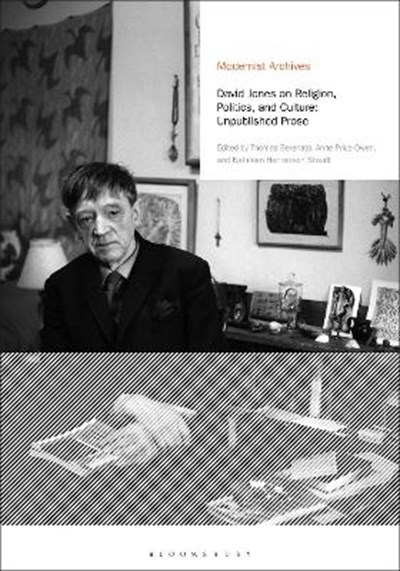 QTY
Add to Basket
Publisher: Bloomsbury Publishing PLC
ISBN: 9781474274135
Number of Pages: 368
Published: 28/06/2018
Width: 16.9 cm
Height: 24.4 cm
Description Author Information Reviews
David Jones - author of In Parenthesis, the great poem of World War I - is increasingly recognized as a major voice in the first generation of British modernist writers. Acclaimed by the likes of T.S. Eliot, W.B. Yeats, and W.H. Auden, his writing was deeply informed by his Catholic faith and Welsh blood. This book makes available for the first time a number of previously unpublished statements by Jones that open new perspectives on his own work and the religious, political, and cultural engagements of British modernism more broadly. Annotated throughout, with detailed commentaries exploring the historical context of each document, the volume presents the restored text of Jones's essay on Hitler and includes a letter to Neville Chamberlain, an unfinished essay on Gerard Manley Hopkins, and the transcript of an interview with Jones a year before his death. These reveal an unknown side of Jones and give fresh insight into the influences and assumptions of 20th-century British literary culture.

David Jones (1895-1974) was a painter and poet increasingly recognized as one of the most important and original voices in British modernism. His poem In Parenthesis was described by T.S. Eliot as "a work of genius" and by Stephen Spender as "the most monumental work of poetic genius to come out of World War I". His many admirers included W.H. Auden, Herbert Read, and W.B. Yeats. Thomas Berenato is a PhD candidate at the University of Virginia, USA. Anne Price-Owen is Research and Postgraduate Tutor at the University of Wales Trinity Saint David, Swansea Campus, UK. She is head of the David Jones Society and editor of The David Jones Journal. Kathleen Henderson Staudt teaches at Virginia Theological Seminary and the Henry Luce III Center for the Arts and Religion at Wesley Theological Seminary, USA. She is the author of At the Turn of a Civilization: David Jones and Modern Poetics (1994) and three volumes of poetry.