The Story of Latin America in Three Extraordinary Lives 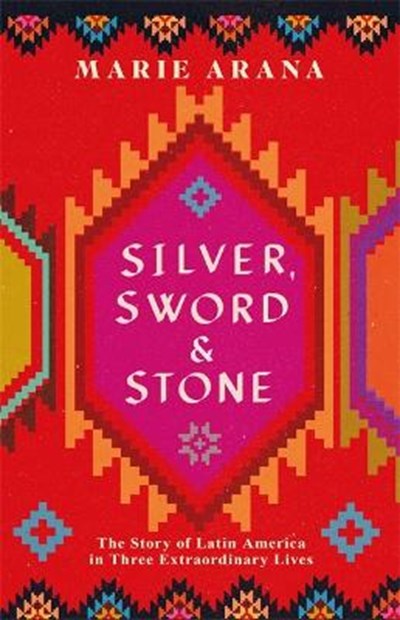 The Story of Latin America in Three Extraordinary Lives

Publisher: Orion Publishing Co
ISBN: 9781474600255
Number of Pages: 496
Published: 27/08/2019
Width: 16 cm
Height: 23.6 cm
Description Author Information Reviews
SILVER, SWORD AND STONE is a vibrant, sweeping history of Latin America, told through three compelling lenses. The first, precious metal, of which silver is an enormous part, is an obsession that burned brightly in pre-Columbian times, consumed Spain in its relentless conquest of America, drove a system of exploitation, and has morphed into Latin America's hope for the future. The second, the 'sword', is the culture of violence: from the Aztec and Inca empires through the bloody nineteenth-century wars of independence to state terrorism, the Shining Path, and today's drug wars. The third, embodied in temples, elaborate cathedrals, or simple piles of rock, is the region's fervent adherence to religious institutions, built in stone. The result is a dramatic portrait of a continent, brimming with colourful stories that cover a thousand years of history as well as real, living characters: Leonor Gonzalez, a tiny widow and mother of five living in La Rinconada, the highest human settlement in the world, informs the history of mining. Carlos Buergos - a Cuban drug dealer who honed his knife skills in the war in Angola, brought his cunning to America, then became a police informant - echoes the violence of the Aztecs, Pizarro, Rafael Trujillo and Pinochet. And Father Xavier Albo, a Jesuit priest who lives in La Paz, has worked for forty years to keep Catholicism alive among the Quechua and Aymara of the Andes, who would rather believe what their ancestors did. Vivid and impeccably researched, SILVER, SWORD AND STONE is the definitive narrative history of a region with a tumultuous but little-understood present as well as past.

Peruvian by birth, Marie Arana is former literary editor of the WASHINGTON POST and author of five books: BOLIVAR (winner of the 2014 LOS ANGELES TIMES Book Award for biography); a memoir, AMERICAN CHICA (a finalist for the National Book Award and the PEN/Martha Albrand Award); THE WRITING LIFE: WRITERS ON HOW THEY THINK AND WORK; and two novels set in South America: CELLOPHANE (a finalist for the John Sargent Sr. Prize) and LIMA NIGHTS. http://mariearana.net