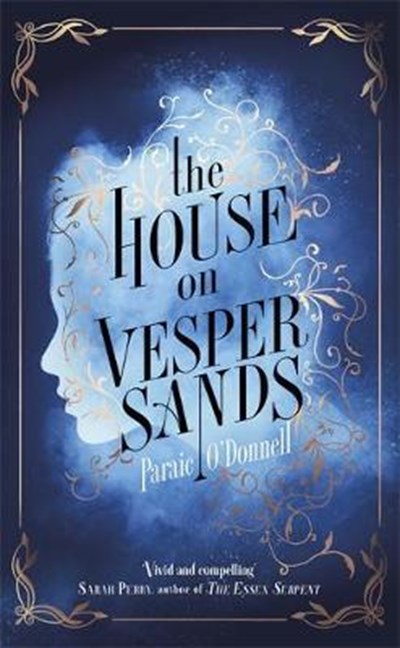 Publisher: Orion Publishing Co
ISBN: 9781474600392
Number of Pages: 384
Published: 18/10/2018
Width: 14.2 cm
Height: 21.8 cm
Description Author Information Reviews
AN OBSERVER BOOK OF THE YEAR A GUARDIAN BOOK OF THE YEAR 'Tremendously good' Observer 'The most vivid and compelling portrait of late Victorian London since The Crimson Petal and the White' Sarah Perry 'Part Wilkie Collins, part Conan Doyle' Guardian 'Huge fun' Daily Mail 'Has everything you could want in a novel' Stylist 'Dickens is whirling enviously in his grave ... Read by a fire on a cold winter evening' Irish Times 'Ladies and gentlemen, the darkness is complete.' It is the winter of 1893, and in London the snow is falling. It is falling as Gideon Bliss seeks shelter in a Soho church, where he finds Angie Tatton lying before the altar. His one-time love is at death's door, murmuring about brightness and black air, and about those she calls the Spiriters. In the morning she is gone. The snow is falling as a seamstress climbs onto a ledge above Mayfair, a mysterious message stitched into her own skin. It is falling as she steadies herself and closes her eyes. It is falling, too, as her employer, Lord Strythe, vanishes into the night, watched by Octavia Hillingdon, a restless society columnist who longs to uncover a story of real importance. She and Gideon will soon be drawn into the same mystery, each desperate to save Angie and find out the truth about Lord Strythe. Their paths will cross as the darkness gathers, and will lead them at last to what lies hidden at the house on Vesper Sands. 'Like the love child of Dickens and Conan Doyle' Liz Nugent 'This novel is an absolute banger' Jon McGregor 'An utter joy' Joanna Cannon '

Paraic O'Donnell is a writer of fiction, poetry and criticism. His first novel, THE MAKER OF SWANS, was named the Amazon Rising Stars Debut of the Month for February 2016 and was shortlisted for the Bord Gais Energy Irish Book Awards in the Newcomer of the Year category. He lives in Wicklow, Ireland with his wife and two children. http://paraicodonnell.com | @paraicodonnell