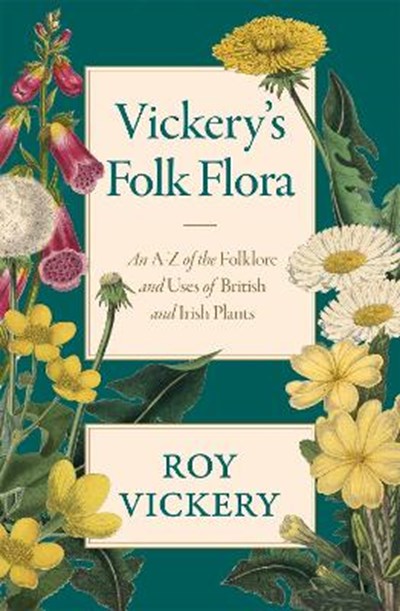 QTY
Add to Basket
Publisher: Orion Publishing Co
ISBN: 9781474604628
Number of Pages: 912
Published: 04/04/2019
Width: 15.8 cm
Height: 23.8 cm
Description Author Information Reviews
This book is a dictionary of British (native, naturalised and cultivated) plants and the folklore associated with them. Unlike many plant-lore publications Vickery's Folk Flora tells us what people currently do and believe, rather than what Victorians did and believed. The result is a vivid demonstration that plant folklore in the British Isles is not only surviving but flourishing; adapting and evolving as time goes by, even in urban areas. Each entry includes: - The plant's English and scientific (Latin) name, as well as significant local names. - A brief description of the plant and its distribution, and, in the case of cultivated plants, a history of their introduction to the British Isles - Information on the folklore and traditional uses of the plant, arranged where possible in a sequence starting with general folk beliefs (superstitions), use in traditional customs, use in folk medicine, other uses, and legends concerning individual representatives of the plant. In addition to the major entries there are a number of minor entries for feast days, diseases and other subjects which direct readers to relevant major entries, e.g. St. George's Day, on which red roses are worn; dandelions are gathered; and runner beans are planted.

Roy Vickery worked as a botanist at the Natural History Museum, London, from 1965-2007; he remains a Scientific Associate at the Museum. He has been collecting and writing about the folklore and traditional uses of plants for many years. He has served as chairman of Meetings Committee the Botanical Society of the British Isles (now Botanical Society of Britain & Ireland), and as a vice-president of the Society, has served on the committee of both the Folklore Society and the Society for Folk Life Studies, and is currently President of the South London Botanical Institute. He also writes on Quaker and green issues.