Letters that Changed the World 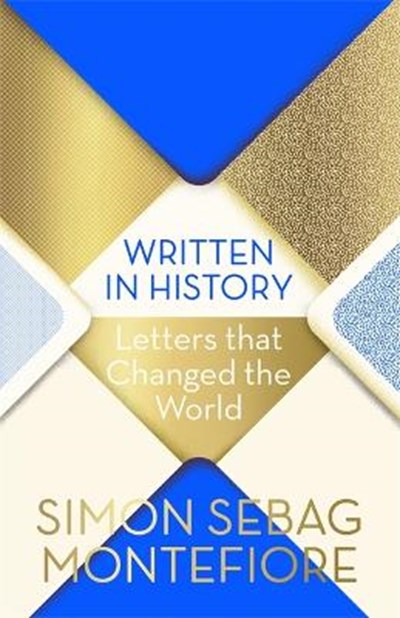 Letters that Changed the World

Publisher: Orion Publishing Co
ISBN: 9781474609180
Number of Pages: 272
Published: 04/10/2018
Width: 14 cm
Height: 22.4 cm
Description Author Information Reviews
WRITTEN IN HISTORY celebrates the great letters of world history, creative culture and personal life. Acclaimed historian Simon Sebag Montefiore selects over one hundred letters from ancient times to the twenty-first century: some are noble and inspiring, some despicable and unsettling; some are exquisite works of literature, others brutal, coarse and frankly outrageous; many are erotic, others heartbreaking. The writers vary from Elizabeth I, Rameses the Great and Leonard Cohen to Emmeline Pankhurst, Mandela, Stalin, Michelangelo, Suleiman the Magnificent and unknown people in extraordinary circumstances - from love letters to calls for liberation, declarations of war to reflections on death. In the colourful, accessible style of a master storyteller, Montefiore shows why these letters are essential reading: how they enlighten our past, enrich the way we live now - and illuminate tomorrow.

Simon Sebag Montefiore is the internationally bestselling author of a number of prize-winning books that have been published in forty-eight languages. CATHERINE THE GREAT & POTEMKIN was shortlisted for the Samuel Johnson Prize; STALIN: THE COURT OF THE RED TSAR won the BBA History Book of the Year Prize; YOUNG STALIN won the Costa Biography Award, the LA Times Book Prize for Biography and the Grand Prix de la Biographie Politique; JERUSALEM: THE BIOGRAPHY won the JBC Book of the Year Prize and the Wenjin Book Prize in China; THE ROMANOVS: 1613-1918 won the Lupicaia del Terriccio Book Prize. He is the author of the Moscow Trilogy of novels: SASHENKA, RED SKY AT NOON and ONE NIGHT IN WINTER, which won the Political Fiction Book of the Year Award. He is also the author of WRITTEN IN HISTORY: LETTERS THAT CHANGED THE WORLD and the forthcoming VOICES OF HISTORY: SPEECHES THAT CHANGED THE WORLD.